Shaelan Perry and Andrew Williams are both natives of Birmingham, Alabama. They met through a mutual friend in middle school and quickly fell for one another. Andrew’s quiet and calm nature became the perfect balance of Shaelan’s eclectic and upbeat personality. At an early age, close family and friends laid claim that the two would one day wed. Who knew that ten years later they would be actually joined together in marriage?

They were married on August 16, 2015 at the Hyatt Regency hotel in Birmingham.  Shaelan’s family pastor, Dr. Bobby England, performed the ceremony. Given in marriage by her father, the bride wore a white ivory couture Mori Lee ball gown with pearl and Swarovski crystal accents. She carried a delicate bouquet of pink roses, hydrangeas, and snap dragons that was designed by her mother, Sherry Perry.

The attendants included the sister of the bride and maid of honor Chrycilis Perry of Nashville, Tennessee and maid of honor Rauslyn Adams of Birmingham. Bridesmaids were Chloe Williams of Chicago, Illinois; Ashley Covington of Fayetteville, South Carolina; and Haleigh Kemmerly of Montevallo. The hostesses included Jessica Hayes and Ashley Heard of Birmingham. The bridesmaids wore halter floor-length, halter chiffon gowns in petal pink.

The ceremony began with the song of dedication, “Love,” sung by the bride’s cousin. The bride was announced and processed in by “A Thousand Years.” After exchanging vows and lighting their unity candle, the couple sealed their matrimony with the African American tradition of jumping the broom.

A reception followed in the Hyatt’s grand ballroom. The bride’s cake was a four-tiered round cake accented with delicate ruffles and pearls with buttercream frosting and vanilla flavoring.  The groom’s cake was a festive red velvet University of Alabama cake. The newlyweds were sent off with cheers and a shower of flower petals while they whisked off to their new beginning.

The bride works in merchandising for Walmart Corporate, and the groom serves as a civil engineer in the United States Air Force. 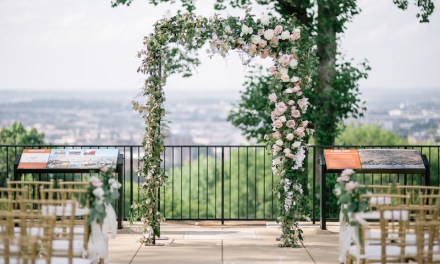 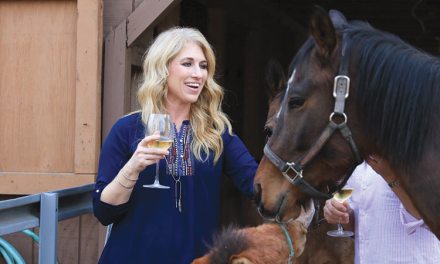