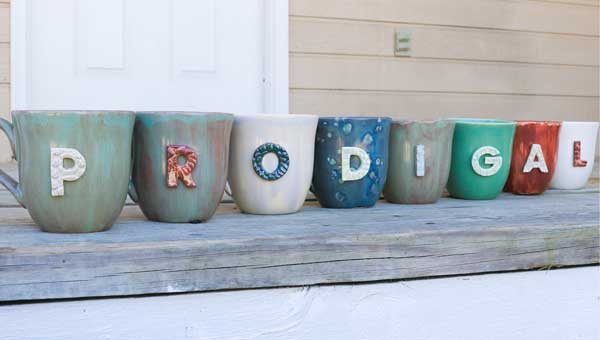 Jamie Ankenbrandt, who graduated with a major in art and a minor in ceramics, spent time in Africa and worked for local non-profits before coming to Prodigal Pottery.

As Jamie Ankenbrandt examined several ceramic platters in the basement of Prodigal Pottery on a cold morning in January, she reassured one of her workers of the platters’ worth despite minor inconsistencies in their appearances.

“The imperfections make them beautiful,” Ankenbrandt said to Donna Reiber, a full-time employee at Prodigal Pottery, who continued to paint a gray-tinted glaze onto another platter.

“Just like us,” Rhea Grady added, looking up at Ankenbrandt from her seat across the table.

Reiber, 58, and Grady, 54, a part-time employee at Prodigal Pottery, are residents at King’s Home – a shelter located in Chelsea for women and children fleeing domestic abuse – who started working with the program in early 2015.

Prodigal Pottery formed nearly a year ago as a program that employs women residing at the home, allowing them to express themselves artistically and hone their pottery-making skills in a Christ-centered environment. Under the leadership of Ankenbrandt, the director, the women make ceramic pieces that are sold in the Prodigal Pottery showroom and online.

“It’s so encouraging how well everything has done,” Ankenbrandt said. “People love what they’re making. They come into this with such a lack of self-confidence and self worth. They are a group of very confident women now.”

Since its inception, Prodigal Pottery has gained a strong footing as a business benefiting the women who make the one-of-a-kind pieces, Ankenbrandt said. One hundred percent of the proceeds from pottery sales go directly back to the home.

The program broke even last year with an operating budget of $80,000, but considering its monumental success, Ankenbrandt said she expects the next 12 months to bring a profit. 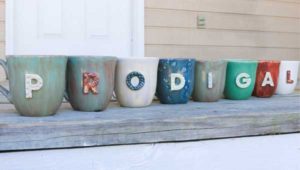 The program had materials and equipment donated to get them started.

Prodigal Pottery started with the donations of a house and thousands of pieces of bisque pottery and supplies.

The Church of the Good Shepherd in Chelsea donated a house it owned on King’s Home Drive to the program. Around the same time, the daughter of a woman who had run a pottery business in Alabama donated her mother’s pottery supplies and a $25,000 front-loading kiln to the program after she passed away suddenly.

The program was launched as King’s Home’s Art Ceramics Program, also known as “The Potter’s Hands,” aimed at glorifying God “through equipping at-risk youth and women to express themselves through creative outlets,” according to the King’s Home website.

Originally, 50 percent of the program was aimed at art therapy sessions for youth, and 50 percent was geared toward jobs for women at the home, Ankenbrandt said. Though youth programs continue, Prodigal Pottery consumes most of the program’s resources.

“It took off like we didn’t have any anticipation for,” Ankenbrandt said of Prodigal Pottery. “It sort of exploded.” 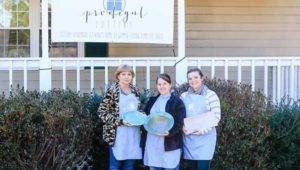 The Prodigal Pottery employees are residents at King’s Home, which is a shelter for women and children fleeing domestic abuse.

Ankenbrandt hired three full-time staff members this past year and, additionally, employs four to six part-time staff at a time.

Tosha Lyles, 27, is Ankenbrandt’s assistant. Lyles started working at Prodigal Pottery in March 2015 and became a full-time employee in April.

“This whole establishment has been a godsend,” Lyles said. “It has been a blessing to me.”

Lyles said the program has helped her gain independence and confidence. She moved into one of the home’s transitional apartments two months ago and lives alone, a “big step” for her, she said. She also purchased a car recently.

“Being here is what you make of it,” Lyles said. “This is our family. It’s definitely been great to actually find some friends that actually care. We would do anything for each other.”

“Jamie, she’s a great person with a wonderful heart,” Lyles said. “She really does have a passion for this.”

Lyles credited the program for bringing her closer to the other women at the home, including Reiber and Grady.

“It’s not really like work,” Grady said. “We have a good time, but we work. We all love it so much.”

Grady enjoys the creative aspect of the job, describing it as “therapy.”

“I’m just really grateful for the opportunity to be here because it’s really for a good cause,” Grady said. “The King’s Home has saved my life.”

July through December was a busy season for Prodigal Pottery as Ankenbrandt and her crew rushed to fill orders before Christmas. Along with working 40 hours or more each week, the women sold pottery at eight weekend-long shows.

The program also launched its Etsy site in August 2015 and made about 300 sales by November.

“We were slammed,” Lyles said.

Prodigal Pottery has also expanded to having inventory at several stores around Birmingham.

“It’s been remarkable,” Ankenbrandt said of the program.

The speed at which the program is progressing has led Ankenbrandt to brainstorm new designs and items to sell.

Prodigal Pottery will debut its new line of ceramic jewelry before Mother’s Day this year.

“You know God has got his hand on it for it to prosper so quickly,” Grady said. “It’s amazing how fast it’s grown.”

The chance to become director of Prodigal Pottery was a surprising opportunity for Ankenbrandt, who was hesitant to pursue the position at first.

Ankenbrandt, who graduated from Auburn University with a major in art and a minor in ceramics, spent time in Africa and then worked for local non-profits before she was contacted about Prodigal Pottery.

During the third phone call, she agreed to come in for an interview with King’s Home’s executive director.

“I fell in love with their whole vision,” Ankenbrandt said. “My major passion in this job has been the women. The relational aspect with the women has been the best.”

Ankenbrandt tries to tailor the program to fit the needs of her employees, whose artistic abilities vary, by creating simple designs that don’t require extensive “artistic talent.”

“Women enjoy some things more than others,” she said. “I have never had anyone that can’t do something.”

Ankenbrandt said she focuses on the program’s purpose, which is to help women coming from negative circumstances gain independence and self-confidence in a safe, encouraging work environment.

“The last thing they need is to be discouraged,” Ankenbrandt said. “I don’t want this place to ever be discouraging or frustrating to them.”

The women are also establishing financial stability with every paycheck they earn.

“The home has the women save 75 percent of what they make,” Ankenbrandt said. “I know they’re making great money, and they’re going to make wise choices with that.”

Prodigal Pottery is located at 221 King’s Home Drive in Chelsea. The showroom is open Monday through Friday from 11 a.m. to 3 p.m.

“I call it my happy place,” Reiber said. “Some of (the pieces) don’t turn out perfect, but it’s all handcrafted. I leave it in God’s hand. I love it.” 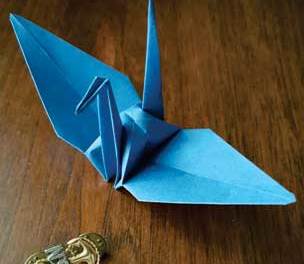 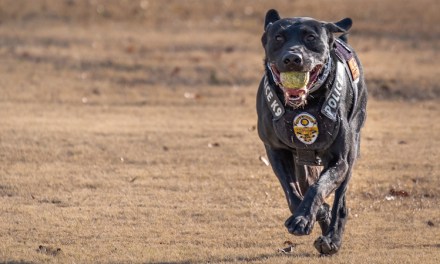