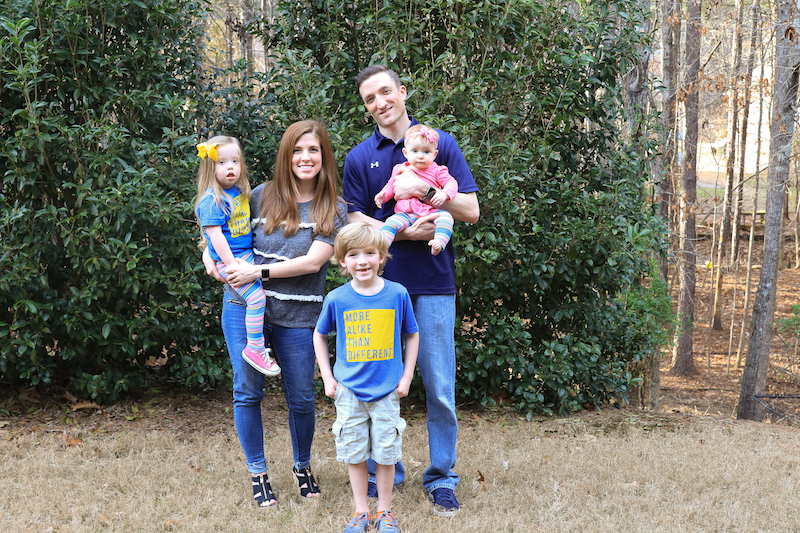 When Jamie Bradford got the call that her unborn baby girl—then 15 weeks along—had Down syndrome, she was shocked and a little scared. She and her husband, Les, didn’t know anyone with the condition, and so they had no idea what to expect. But soon, they met other parents of children with Down syndrome who were living happy, fulfilled lives—and their perspective shifted drastically.

“It was going to be different than what we had dreamed, but still wonderful,” Jamie says of her pregnancy with her daughter. “As the weeks passed by, it became a journey of normal as we know it. When Gracie got here, any fear I ever had about raising a child with special needs immediately vanished. She was our perfectly created addition and God’s ‘Plan A’ for our lives.”

Jamie, who recently left a career in sales to stay home with her three children, can’t imagine life without 4-year-old Gracie and calls her a “bright light” in their family. Gracie’s relationship with her big brother, Gage, is one of the things Jamie treasures most about her daughter. 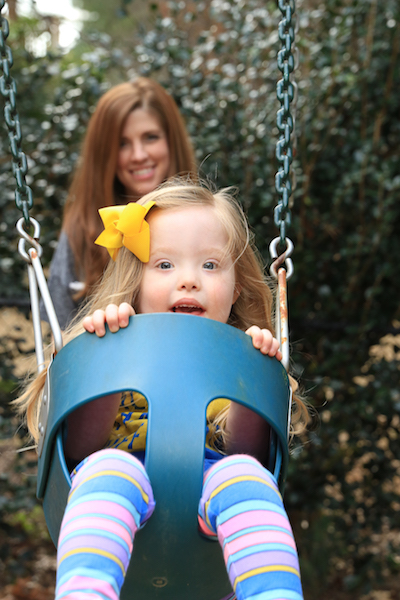 “She has excelled in so much because she wants to follow Gage and be like him,” Jamie says. “He relishes teaching her and cheering her on. It has been one of the most amazing things about this journey.”

The Bradfords have learned a lot about themselves and about Down syndrome as Gracie has grown up. Jamie shares their experiences online as a way to show that life with a special needs child can actually be quite normal. It was this idea that prompted Jamie to start using the hashtag #MoreAlikeThanDifferent when she posted pictures of Gracie on Instagram—and the movement took off.

“In the beginning, I felt strongly that Gracie was always more like us than she was different, and I wanted to share that message with the world,” Jamie says. “It resonated with so many people.” 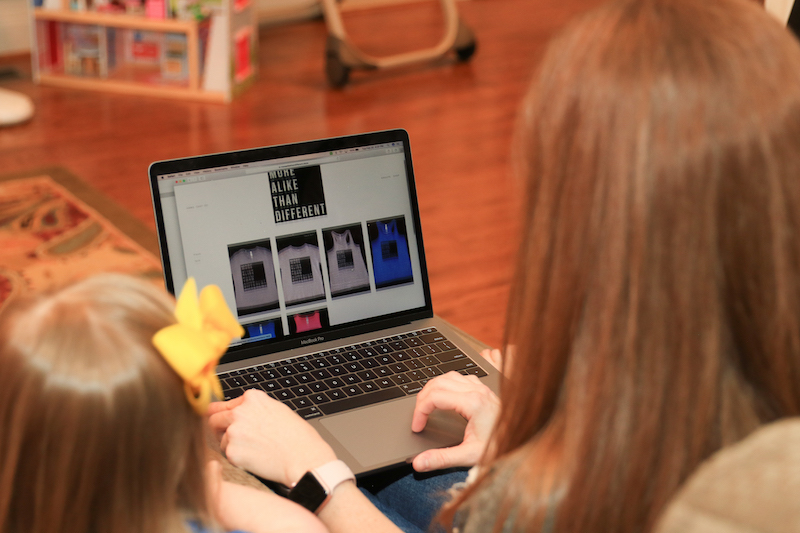 After creating ‘More Alike Than Different’ T-shirts with a friend who was raising money to adopt a Down syndrome child, the two moms opened an online store to meet demand for the shirt—which is still selling months later. Jamie says the message of #MoreAlikeThanDifferent is one that she wants everyone to hear—not just about people with special needs, but about people in general.

“No matter your race, ethnicity, disability, religion, gender, job, political stance, whatever—we are more alike than different,” Jamie says. “What if we looked for the similarities instead of concentrating on the differences?” 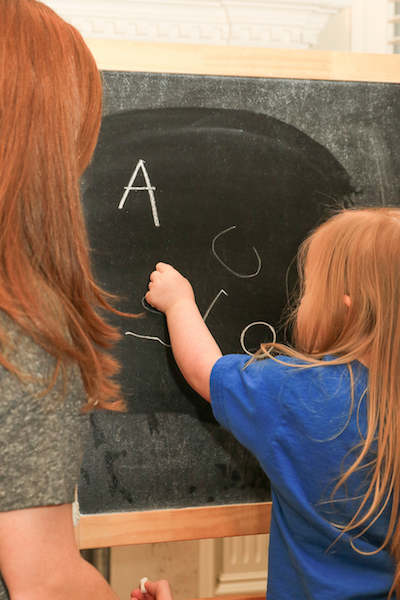 Jamie hopes that by sharing her experiences with her daughter, she will help other people see that just because someone operates differently doesn’t mean they deserve anything less than the utmost respect and love. She is thrilled that the message has already transcended the world of special needs and moved into the arenas of politics, race and religion.

“How wonderful could it be if you met someone with a different political stance and thought, ‘Hey, I might not agree with you in this area, but we are human and we have families and jobs, and I’ll try to see those similarities instead of only concentrating on the different political ideology,” she says.

The Bradfords are passionate about spreading the word that Down syndrome is not a bad thing, and in light of that conviction, Jamie has reached out to genetic counselors, OB/GYNs and anyone else who might deliver the diagnosis to an expectant mom. Gracie has not only opened Jamie and Les’s eyes to the world of disabilities, but has also taught the whole family how to celebrate everything—no matter how small it may seem. 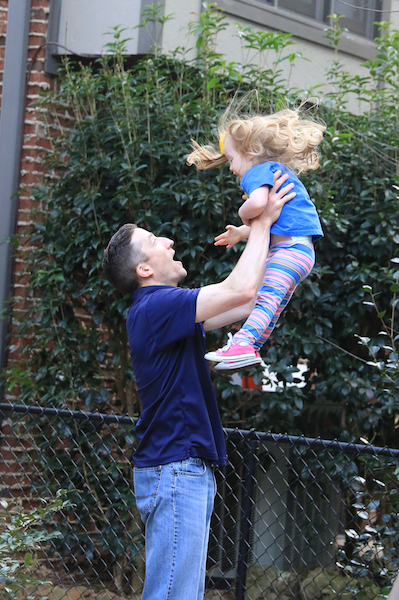 “When she says a word for the first time, or draws a circle, or follows directions—we celebrate,” Jamie says of Gracie’s accomplishments. “We don’t take any achievement for granted. It makes life pretty awesome.”

Jamie is thankful her other children will grow up with an extra measure of compassion and love for those with disabilities, and they will act as advocates for Gracie and for others like her. Jamie also encourages anyone with a prenatal diagnosis to contact her so that she can share how Gracie has enriched her family in the most incredible ways.

“Gracie’s life is precious,” Jamie says. “We would not change one thing about her.”

To connect with Jamie and her family online, follow her on Instagram @jme027 and visit her blog at www.normalasweknowit.com. ‘More Alike than Different’ T-shirts can be purchased at www.morealikethandifferent.store. 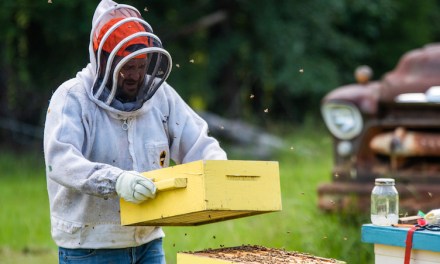 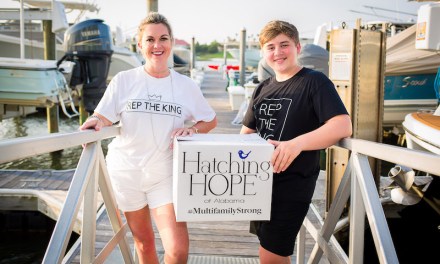 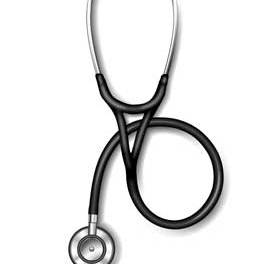