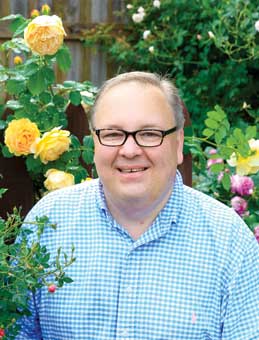 When people meet Chris VanCleave, one of the first things many of them say is, “You’re not a redneck.”

Chris VanCleave shares his love for roses through blogs, talks, and appearances.

It doesn’t seem like it would be a very normal greeting except that VanCleave has branded himself as the Redneck Rosarian, a rose gardener who’s gained a wide following at his blog, Redneckrosarian.wordpress.com.

“They’re right … I’m really not necessarily a redneck,” he says. “But what I want people to know is that regardless of where you are or who you are, there’s a rose for you.”

Sometimes people have in their mind a certain stereotype for rose gardeners — maybe that they’re usually older or more affluent, VanCleave says.

“Part of what my mission is with my blog is to break down those barriers,” he says. “The rose is our national flower, and it should be grown in everyone’s garden.”

In the small-lot garden behind his family’s home in Helena, VanCleave — a banker by day — has about 170 roses, with about 90 different varieties.

Which one’s his favorite?

“Oh gosh — the one that I’m looking at,” he says. “I love so many different varieties: I don’t think I could ever choose just one.”

Every single one symbolizes all the good things of life — love, hope and peace, VanCleave says.

“And I think every rose has a story to tell,” he says. “If you look at the names of roses, there is a story behind every name.”

One rose, for instance, wouldn’t be around now if a man in France hadn’t clipped it during World War II and sent it to the United States when Hitler was burning the rose fields in France, VanCleave explains.

“They took that rose and bred it, and now that rose is called the peace rose,” he says. “They gave a stem of that rose to every member of the inaugural meeting of the United Nations.”

It’s a rich history, not unlike his personal story of how he became a rose enthusiast.

“My mom loved growing roses and so did my wife’s mother, but it goes back much further than that,” VanCleave says. “I’ve been able to trace it back to the Civil War era. My great-great-grandmother cut blooms out of her garden to lay on the graves of the war dead.”

So it was just natural that once VanCleave got out on his own and had a space to garden, he took up the hobby.

And when he did, he went all in.

“I kept a garden journal of what we grew, what did well and what didn’t, and someone at the bank where I worked said, ‘You really ought to transcribe that into a blog,” VanCleave says. “It was more just for me so that I could have a chronicle of what was going on in the garden, but people started to read it.”

The next thing he knew, he had amassed a following, and he found himself on a national speaking tour.

“For the last three years, we’ve been on the road in our spare time speaking at home and garden shows, district and national plant society conventions,” he says.

He’s often been a headline speaker at these types of events.

Much of his popularity has come from his podcast in addition to his blog. On his podcast, he tells stories about roses and how they’ve affected people’s lives. And he walks listeners through the basics of purchasing and growing roses.

“Many people just want to know the basics, like what color is it going to be, and ‘Can I get one that can grow about this high?’” he says. “Roses have always been around, but it’s just been in recent years that we’ve begun growing them, crossbreeding them and getting creative with the process.”

His approachable manner has become popular with rose gardeners of all kinds.

“We just hit half a million downloads this year, and that alone has put us in the national spotlight,” VanCleave says.

The local one, too — Al.com listed him as one of the 10 things not to miss at the Birmingham Home + Garden show in February.

“People have started calling me ‘America’s Favorite Rose Gardener.’ That’s something I’m still trying to swallow,” he says. “You never expect anything like that to come from a hobby or from a blog.” 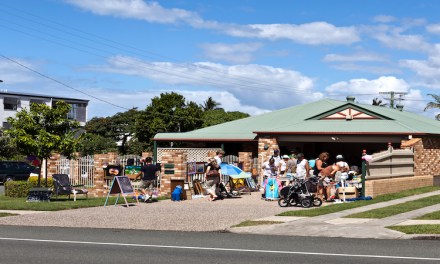 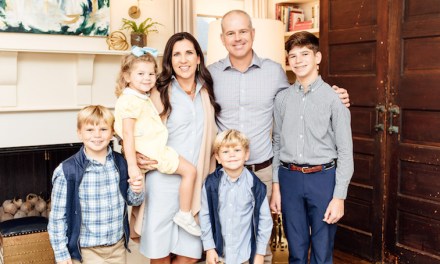 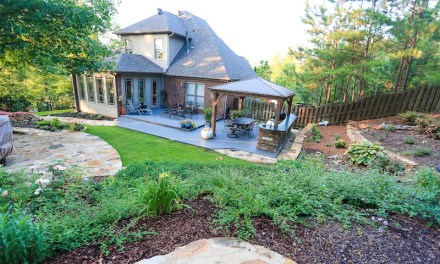