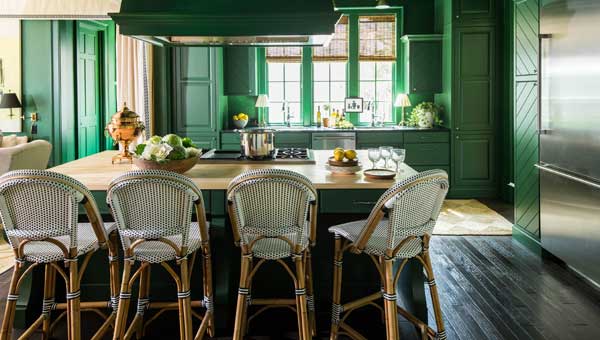 A new home in Mt Laurel has garnered much attention since its completion in May.

Situated on a corner lot off one of the town’s tree-lined streets, the 2016 Southern Living Idea House has attracted visitors, from near and far, eager for an inside look at the neighborhood’s latest addition and conversation piece.

Southern Living editors chose Mt Laurel as the location for this year’s Idea House, which coincides with the 50th anniversary of the Birmingham-based magazine.

“For the town of Mt Laurel to be hand-picked to host the 50th Anniversary Southern Living Idea House is quite an honor,” Vice President of Sales and Marketing Ray Jackson wrote in a press release. “Our community embodies all that Southern Living stands for by embracing a natural environment with a walkable town center, broad sidewalks, front porch friendliness, multiple parks and green spaces, and leaving all the beautiful trees throughout the neighborhood.”

The community expected the home’s opening to attract people from Birmingham and across the Southeast, Jackson wrote, estimating more than 20,000 guests will have seen the home by the end of the six-month period it is open for public tours.

“We have had a lot of people out to see it, locals and out-of-state,” Mt Laurel Marketing and Community Relations Manager Julianna Vance said in an Aug. 1 interview. “It’s been fun to see everybody’s reaction to it.”

Ingram designed the 4,130-square-foot home with attention to its place in the community and Southern Living aesthetic.

“We like for a house to look like it belongs there, like it hasn’t been plopped down without attention to its locale,” Ingram wrote in a blog post on Mtlaurel.com. “We create new homes that look old that are rooted in the history of the place. This is especially important in Mt Laurel. The home is located on a woodsy property, so we used bark-colored siding and a gray roof to fit with the natural aesthetic of Mt Laurel.”

“The designers took cues from the neighborhood and how we use nature,” Vance said. “It’s kind of the idyllic Southern Living community.”

The 10-foot-wide wraparound front porch is one of the first elements visitors notice as they approach the house, and an element many other homes in Mt Laurel have in common.

“Southern Living readers will love the home’s wraparound porch,” Ingram wrote. “The lot sits up high and is on a corner overlooking a wooded preserve. So to make the most of this view, we designed the home to have two fronts. You can reach the porch from the front door and the living room, so the home really suits the spot it’s on.”

A cozy, side porch sitting area creates a slightly secluded place partially protected from the elements, but exposed to the surrounding natural beauty.

“It’s nice because it offers a more private setting,” Vance said of the sitting area. “It’s an added room.”

On the other side, a courtyard area, complete with a fire pit, offers guests an open-air space to congregate amid picturesque landscaping.

Brush partnered with the Southern Living Plant Collection to create the home’s gardens.

“I’ve made a conscious effort to incorporate these plants, balancing it with Mt Laurel’s natural plant palate,” Brush wrote. “Our native plants list lends a unique flavor and character to Mt Laurel.”

Brush said an advantage of the home’s site is it’s located across from a wooded area unavailable for development.

Phillips, who lives on the same street as the Idea House, said the community’s response to the home has been positive.

The foyer, designed by Gilbreath, holds a mixture of antique and modern pieces against a backdrop of light gray walls. An eye-catching piece in the foyer is a 4-foot-by-9-foot French antique basket.

“Each space is built from an inspirational fabric, piece of furniture, piece of art, etc.,” Gilbreath wrote in a blog post. “Then we have fun playing with proportions and intentionally crossing the line of what is expected to create something with interest and personality.

“The Southern Living team had a big job on their hands. Five designers, a builder, and a timeline are not easy to balance. That team has been amazing to work with.”

To the right, the dining room Kirkland designed features deep coral and custom fabrics used for the drapery, banquettes and dining room chairs, which she customized with velvet and embroidered linen.

Custom-made French doors separate the dining room from the kitchen, designed by Ingram.

Offsetting the green are neutral tones found in the woven shades, countertops (black around the sinks and maple on the island) and counter stools.

Right off the kitchen is the family room, another space designed by Ingram. The green color from the kitchen carries over into the room in smaller quantities, and is tempered by light-colored fabric used in the tented ceiling and draperies.

A neutral-toned rug and furniture also calm the family room’s green and highlight the pressed plant artwork adorning the walls.

The master bedroom, designed by Liess, further incorporates natural details, from the hemp burlap wallcovering to the coverlet featuring ferns to an antique bent wood chair that flow together seamlessly.

Stepping into the bathroom is akin to a spa retreat. A white cast iron freestanding bathtub sits under an archway at the back of the room, with dual vanities facing each other along the sides. Rays of sun stream through a skylight, giving the room a healthy dose of natural light.

Sikes said he was given examples of “beautiful, neutral living rooms from 1976 and 1987 issues of Southern Living Magazine” to inspire the Idea House’s living room, a large space resplendent with cream, gold, beige and brown tones in various patterns on the furniture, drapery, rugs and wallpaper, and sprinkled with pops of green in plants dispersed around the room.

“The natural elements surrounding the home and throughout the community inspired my choices and the overall design of the room,” Sikes wrote in a Mtlaurel.com blog post. “Every room is beautifully designed, but what is so great about the Idea House is that every room looks great together and feels appropriate for the architecture.”

Perhaps one of the home’s most interesting spaces is the “pajama lounge,” an upstairs bonus room designer Amy Berry transformed into a playfully chic, cozy space suited for anything from a girls’ slumber party to a quiet afternoon spent reading a book.

“For the pajama lounge, we worked closely with Carleton V to redefine an archival wallpaper, which we then blew up and used everywhere,” Berry wrote in a Mtlaurel.com blog post. “The tête-à-tête is a nod to Madeleine Castaing, as is the pattern on pattern. I love all the little details you get with trim and fabrics, and the pajama lounge really shows all of that off I think!”

The room could also be used as a TV room or study.

Craftsmen details and custom fabric are prominent throughout the home, as are shiplap and wallpaper.

“I like the implementation of shiplap on the walls and the tall ceilings,” Phillips wrote. “And just the open floor plan. I like all those aspects of it. The house has a very grand presence because of the high ceilings.”

Not even 48 hours passed before the Idea House became someone’s ideal house.

The home went under contract the second day it was open, Vance said.

The cost to tour the 2016 Southern Living Idea House is $15 per person at the door. A portion of the proceeds benefits Children’s of Alabama and the Mt Laurel Library.

Full behind-the-scenes interviews, press releases and a time-lapse video depicting the home’s construction from start to finish can be found at Mtlaurel.com.

Vance called it an honor for Mt Laurel to be chosen as a Southern Living Inspired Community and for the 2016 Idea House.

“Everything has been really thoughtfully done,” Vance said. “It’s not like any house I’ve seen before, and I’ve been in a lot. It’s another good impression for Birmingham and Shelby County.”

Put your feet up 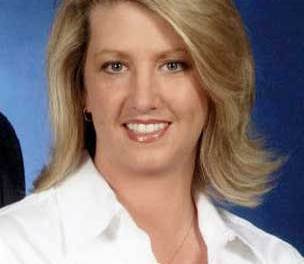 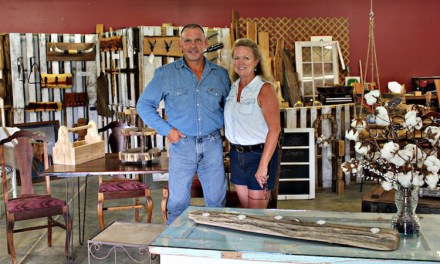 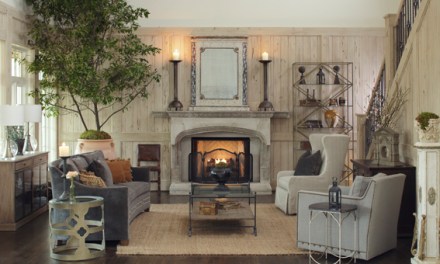