Ready for her moment

Priya Shah performed an ancient form of dance from India.

After 12 years of training, Priya Shah celebrates a milestone in her study of Indian classical dance

Photos by Becca Bell of 2b Photography

Priya’s graduation performance was a culmination of all her years of training.

In August 2015, Priya Shah stepped on to the stage at the Alabama School of the Fine Arts’ Dorothy Jemison Theater in front of a crowd of more than 300 people.

Dressed in a traditional Indian classical dance costume with elaborate jewelry and bells around her ankles, she felt nervous, even panicked. That night’s performance was the culmination of 12 years of training in Bharathanatyam, an ancient form of dance that originated in southern India.

For more than a year, Priya had trained specifically for her Arangetram, a graduation performance that is typically two to three hours long. The performance combines both the physical aspect of dance and a religious storytelling aspect.

Priya’s dance instructor, Guru Smt. Suma Vitta, always told her students that there would come a moment when it all connects and the dancer loses herself in the moment and the story.

The problem? Priya’s graduation performance had arrived, but she had yet to have “her moment.” Her performance was divided into 10 individual pieces, and for the first four, she remained nervous.

Then, Priya began the Varnam, a long and complex piece that tests the dancer’s ability to combine the storytelling and technical aspects of Indian classical dance.

“I lost myself,” she said. “I have never felt that way before, and I never will again.”

The moment nearly did not happen. Following in her older sister’s footsteps, Priya began studying Indian classical dance at 7 years old. As a new student, she quit three times before deciding to commit to the training.

“I’m really glad that I started and that I didn’t ‘quit’ quit,” she said with a laugh.

Priya’s parents, Shailesh and Samata Shah, are from India and moved to America in 1987, living in Charlotte, N.C., before moving to the Meadowbrook area in Shelby County. The Shahs wanted Priya and her older sister Komal to learn Indian culture and values.

“They were not surrounded by traditional Indian language or Indian culture,” Samata said. “We had to be active about it.”

The Shahs attend the Birmingham Hindu Temple and Cultural Center in Pelham. At home, the Shahs speak Gujarati, the language of Gujarat in central India, where their family is from. Priya and Komal also learned Hindi, the official language of India, and as a high school student, Priya even taught Hindi classes to younger students.

Although Bharathanatyam is a southern Indian dance form, Samata was first introduced to it as a child when her father took the family to watch a performance.

“I was just so amazed by the form and the beauty of the entire dance,” she said.

In Birmingham, Samata learned of a teacher who offered Bharathanatyam classes and signed up her daughters.

Priya and Komal both trained while pursuing other interests. They both attended Oak Mountain schools until middle school. Priya transferred to the Alabama School of Fine Arts, focusing first on dance before switching to math and science.  As a student, she was a member of the mathematics honor society Mu Alpha Theta, ASFA’s Ambassadors program and the student council, of which she also served as president. She also participated in numerous research endeavors, and her senior research project won first place at regional and state science fairs and qualified for Intel ISEF.

Through it all, Priya remained committed to her Bharathanatyam training. She enjoyed the challenging nature of the dance form, which is more technical and geometric than other types of dance she studies, such as ballet.

“I also really liked the cultural aspect of it,” she said, noting that it gave her a great appreciation for her religion and culture.

Most of her dances focused on the Krishna, a Hindu deity often depicted with blue skin.

“As a child, he was very mischievous,” Priya said. “I felt that easier to relate to.”

Once they decided the stories, they shared it with Priya’s teacher for approval and to create the actual dances. They also had to be shared with the musicians who would create the accompanying music.

Then the real work began for Priya: Mastering the physical and expressive elements of her graduation performance. For Priya, the hardest part was the storytelling aspect.

“The idea is you forget who you are and become the story you are telling,” she said.

Priya’s performance was divided into 10 different pieces, each focusing on different elements. Her performance program described each piece.

The program opened with Priya offering flowers to the presiding deity of dance —Lord Nataraja, showing her respect to her teacher and the musicians and seeking blessings from the audience. It is followed by the Allarippu, which emphasizes footwork and bodily movements. The next two pieces featured more complex dance movements and storytelling before the Varnam, the central piece of the performance.

After an intermission following the Varnam, Priya said she felt empowered during the second half of the performance, which included five additional pieces. She performed in front of a crowd of 300 guests, including family from Canada and India. The day after her graduation performance, she moved into her dorm at the University of Alabama at Birmingham, where she is studying biomedical engineering.

Her final performance was more than just a milestone. It also means Priya is qualified to teach Indian classical dance.

She has no plans for teaching right now, although she does not completely rule it in the future. If she has daughters, she would encourage them to learn Indian classical dance as well, if they show an interest in it.

“Dance kind of shapes you as a person,” she said. 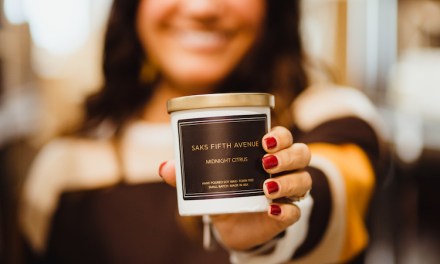 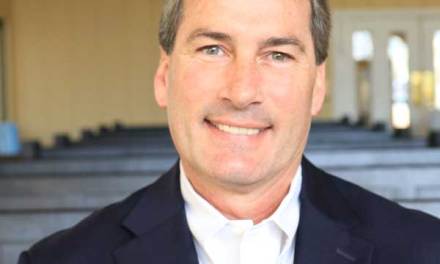 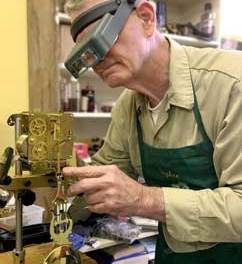