She lays her base on top of a brush and adds a swoosh of color.

Handmade pieces showcase the artist or designer’s style and vision. For Nedia Rooker, she lets her creative shine through her felt work.

Rooker began researching the felting process back in 2011 and put her hands to work making scarves, vests and other wearables.

Her designs are made from 100-percent silk and 100-percent wool, as only these will mesh and keep their form as she executes the required techniques.

“I was scared when I first began experimenting, but after I made my first scarf, I was hooked,” she smiled, remembering her first felt scarf made as a Christmas present for friend and Blue Phrog

“Many people who paint have a picture in their minds when they start creating, but for me, often the end creation takes on a whole new look,” Rooker said.

The initial process begins with roving. As Rooker pulls the wool skein apart, she establishes both a warp and a weft, which are the vertical and horizontal positioning of the wool.

“Just like a painter, I establish my base and then add layers of personal touches, which give the design personality,” she said.

One way to add ornamentation is needle felting. On top of a brush, she lays her base and adds a swoosh of color before using a large felting needle to mesh them together.

Some of Rooker’s scarves are applied to a silk backing, while others are purely

felted. She can create any shape, a freedom that also promotes new ideas for one-of-a-kind creation.

“If you see something you really love, you better buy it at the moment because I never make more than two similar (identical is not possible) designs,” Rooker said.

Working atop a layer of bubble wrap, she applies the felt and then a layer of tulle netting. Very hot water is applied over the entire surface, and she then uses her hands to lather and pat olive oil onto the surface.

She uses materials like wool to create her pieces.

The bubblewrap, felt and tulle are all rolled up together on a hard surface. With a nod to making bread, Rooker then hand-kneads the roll 200 times in each of four directions.

“I learned that European women consider felting mostly their craft, as they think American women are too lazy to do the exacting and lengthy process that is required,” Rooker said. “But for me, the beauty is unbelievable.”

Rooker spent 32 years as a project manager for BellSouth and AT&T, and along the way, she was an avid seamstress who made clothing for her children, as well as enjoying loom knitting and cross-stitching.

Some 20 years ago, she made a suit to wear to work from a chenille bedspread. She has also knit many scarf and hat sets for her three young granddaughters.

Her work career required great precision, and making felt has brought her a “loosening up and freedom” that she finds rewarding.

Rooker is also a thrift shop scavenger where she seeks out Shetland wool scarves, cashmere sweaters and wool sweaters that she repurposes into scarves. She’ll adorn them with vintage buttons or clay buttons of her own making using Sculpey.

“From now on, I just want to create what I think is beautiful and different,” she said.

This past year, Rooker showed her creations at the spring and fall Mt. Laurel shows and Montevallo Artstalk in October.

“I feel the time is now right to jump in and expand the types of creations I have experimented with to date. Next spring, I plan to make a sleeveless flared vest and purses in various shapes, also hats and jewelry,” Rooker said. “My ultimate goal is to create a canvas or tapestry felt picture, painting with felt, so to speak.

“I want to create wearables that are worth keeping and special enough to pass down,” she said. 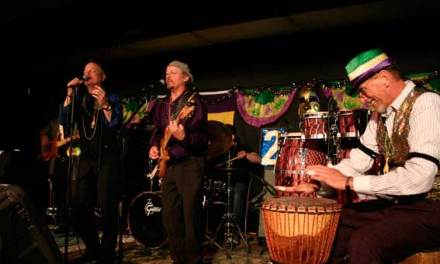 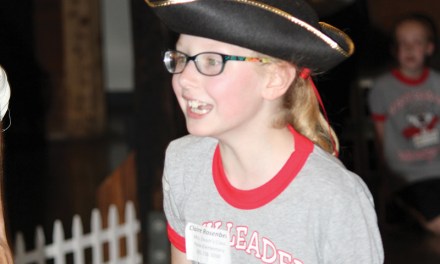 What to Expect at The American Village 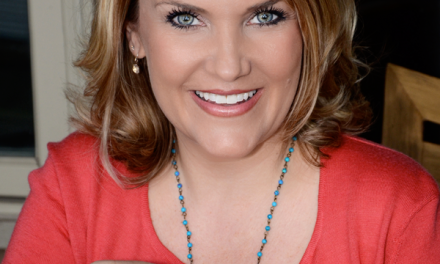