Part of the Solution

By Anne Riley and Emily Sparacino

Carrye Hodges grew up in the confines of Shelby County, frequenting Oak Mountain State Park and playing in her family’s heavily wooded backyard. She remembers pulling a tick off herself when she was 6 years old, an incident that seemed insignificant until she became severely ill years later and was diagnosed with a tick-borne illness called Lyme disease.

“We believe that is when I got Lyme,” Carrye says. “My immune system held it at bay until I got a virus at the age of 14.”

She woke up one day with terrible flu-like symptoms. The next week, she noticed substantial swelling in her extremities, and her skin became rough like sandpaper, the top layer of her palms and feet peeling off completely. Over the next year, Carrye passed out frequently and endured daily headaches, fatigue and weight loss. When she started developing severe generalized pain, she sought medical attention.

“Being referred from one specialist to another, we were not getting any answers, and my symptoms kept progressing,” she says. “At this point I went to Mayo Clinic in Rochester, Minnesota. They diagnosed me with Dysautonomia, but they didn’t have any explanations for the pain, so I knew that was only a piece of the puzzle. I continued searching for answers but began to be discouraged as the doctors scratched their heads.”

Four years and few answers later, Carrye was desperate for resolution. As her senior year of high school began, she asked another girl whom she knew struggled with chronic illness about her story. Carrye was shocked to find the girl’s symptoms mirrored her own.

“As she was telling me her symptoms, my jaw dropped because it sounded like she was reading my odd symptoms from a note card,” Carrye says. “She looked at me and said, ‘Do you have anything that looks like stretch marks?’ As someone who has always been slender, I had always thought it was strange to have such prominent stretch marks. She told me this is a common rash with Bartonella, a co-infection which often accompanies Lyme disease. I made an appointment with the doctor she was seeing in Nashville, and a few months later, I was diagnosed with Lyme disease and the co-infections Bartonella and Babesia.” 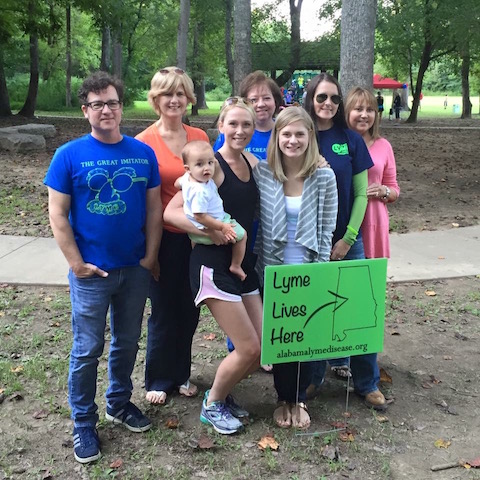 Ticks rarely just carry the Lyme bacteria and often have other viruses or bacteria leading to co-infections, she explains, which can be as devastating as Lyme and can sometimes be fatal.

Even though the diagnosis brought Carrye some closure, she was struggling to stay in school because of the severe fatigue, feeling too weak to breathe and cognitive decline. She regressed from being a student with a 4.0 GPA to someone who was getting lost while driving in familiar places, starting to lose the ability to swallow, having trouble reading and writing sentences and having to drop out of college and move back home when she could no longer take care of herself.

“I became a shell of the person I had once been,” she says. “I had big dreams and ambitions, but I was trapped in a body that made those aspirations seem impossible. I had developed Gastroparesis, which is like your stomach if almost paralyzed, and the Lyme bacteria attacked my bile ducts, liver and pancreas, all of which led to severe unrelenting abdominal pain, vomiting and weight loss. I had a port placed for IV treatment, but due to complications, I could not do adequate treatment to stop the progression of symptoms.” After a lengthy journey of going to specialists in eight states, frequent hospitalizations and several surgeries, Carrye was able to push through treatment and re-enroll at the University of Alabama. With the delay in diagnosis, however, the bacteria damaged nearly all of Carrye’s body systems. 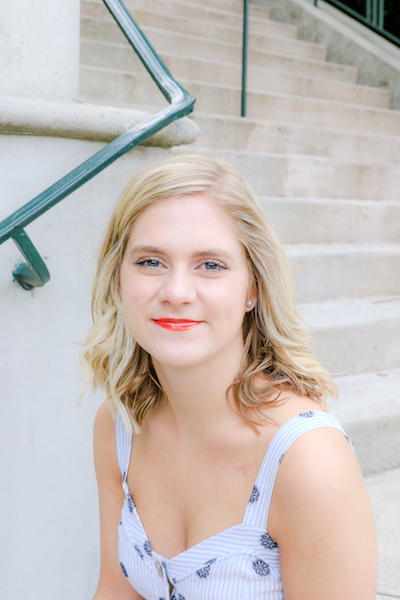 “As a controversial disease, insurance does not cover most of my medical expenses, and my family has spent over $100,000 out of pocket,” she adds. “After years of IV antibiotics, a year-and-a-half of antibiotic shots twice a week, and more pills than I knew what to do with, I started being able to think again and didn’t live in my bed anymore. It has taken eight years of treatment and counting to reach a level of functionality and normalcy. Due to the length of time between diagnosis and treatment, my doctor believes I will always have a degree of residual damage from the infection, but I will never take my health for granted again.”

Like her two older brothers, Carrye knew at an early age what she wanted to do for a living. She just didn’t know her interest in pursuing a career in the medical field would tie in so closely with her personal experiences as a patient. After going to school at Oak Mountain until the sixth grade and then finishing at Briarwood Christian School, she “strayed from my deep-seated Auburn roots” and earned her Bachelor of Science in nursing from the University of Alabama. Now, she is an Emergency Department nurse and is in graduate school to become a Family Nurse Practitioner.

“When I became sick, I became discouraged by aspects of the medical field,” Carrye says. “I had some negative experiences with doctors who didn’t know what was going on, but I was inspired by the doctors who were determined to help me find answers. My eyes were opened to the reality that compassion is so important in medicine, and there is a whole population of patients who are marginalized.”

As new research about the prevalence of Lyme disease in the south surfaces, Carrye says, this patient population is still overlooked. Once she finishes her graduate work, she hopes to bridge this gap and be a nurse practitioner who focuses on Lyme disease.

“My ultimate goal is that no one has a delay in diagnosis of tick-borne disease in the South due to lack of provider knowledge, thereby preventing the progression of the symptoms leading to permanent damage,” she says. “If my Lyme disease had been caught early, it would not have progressed so severely, but I am hoping that my experience can prevent the same from happening to other people.”

Carrye’s biggest message to people is prevention and early, effective treatment are key. Treatment of tick-borne diseases is complex because the bacteria has the ability to morph into different forms to evade the immune system, she says, noting people should protect themselves and their pets when they go outside and be vigilant for ticks.

“The classic bull’s-eye rash may only be present in as little as 30 percent of cases, surprisingly, and standard testing yields a large number of false negatives,” she adds. “Just because you have a negative test doesn’t mean you may not have Lyme disease. I predict that in the coming years, as more research emerges, the acceptance of the persistence and prevalence of Lyme disease in the South will look a lot different than it does now, and I hope to be a part of this change.”

Carrye was a founding member of Alabama Lyme Disease when it started, and established patient support across the state. More information can be found at Alabamalymedisease.org.

“Who knew that something the size of a poppy seed could cause so much damage? Long-term antibiotic therapy is controversial to say the least, but I can thank my medical team in Washington, D.C. for their skillful treatment in helping me regain my life.”

WHAT IS LYME DISEASE?

This bacterial infection is caused by the spiral-shaped bacteria called Borrelia Burgdorferi.

Where did the name come from?

In the 1970s in the town of Lyme, Connecticut, a mother noticed the neighborhood children started exhibiting strange neurological and rheumatological symptoms following tick bites.

Where can Lyme disease occur?

Often described as being “hard to get and easy to cure,” many believe this is only a northeastern problem. Emerging research based out of Jacksonville, Florida at the University of North Florida conducted by Dr. Kerry Clark has shown that Lyme disease is not only present in the south, but it is quite prevalent. Clark has also discovered two new types of Lyme bacteria in the Lone Star tick, which is the most aggressive and common type of tick in the South. With migration, travel and suburban development, it only makes sense that eventually the ticks carrying the bacteria would cross Alabama state lines.

How effective is testing for Lyme disease?

The traditional ELISA and Western Blot have very poor sensitivity, and may not test for the type of strain an individual is infected with. Other factors that influence false negatives would be if an individual has not had time to illicit an immunological response, or they are immunosuppressed. Promising research is being done on better methods to detect the presence of Lyme bacteria. 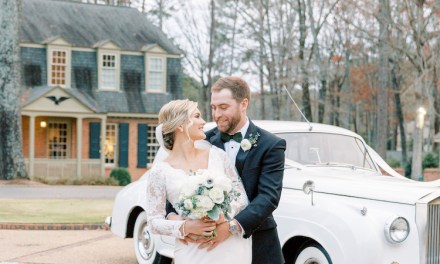 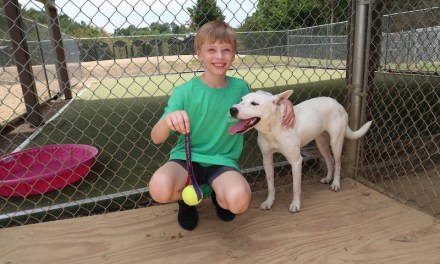 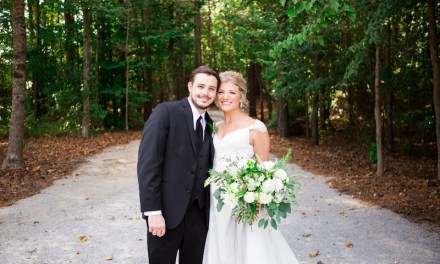 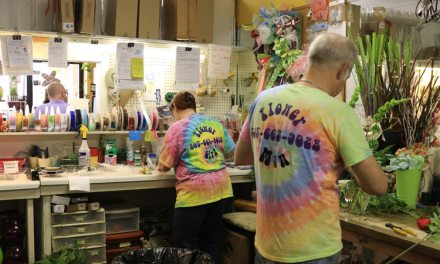