Mr. Harry’s Chickin De-Lux is about more than just the food, though the food, too, is delicious.

“It’s really about people getting together with friends and family, and serving good food,” said Chris Harrigan, who partnered with Nick Pihakis, co-founder of Jim ‘N Nicks, to create the new restaurant.

The response to the restaurant, which opened in Mt. Laurel on March 17, has been “overwhelmingly good,” Harrigan said.

The location previously housed the more upscale restaurant Stones Throw Bar & Grill, where Harrigan worked as the executive chef for five years. The decision to change the concept of the space was primarily based on what made sense for the area.

We felt like after five years it was time to try something a little bit different,” Harrigan said.

Since opening, the restaurant has morphed into a “hybrid”-type restaurant. It offers “fast-casual” dining where customers can order their food and seat themselves, as well as a full-service area with a wait staff.

The menu offers dishes ranging from less than $10 for salads and sandwiches to family dinners in the mid-$30s.

The menu is a mix of classic, family-style dishes.

Many of the recipes the duo developed for the restaurant are inspired by famous dishes from around the South. The farm-raised, thin-sliced catfish is based on a dish made famous by Middendorf’s Seafood in Akers, La. The Four Corners Chicken-on-a-Stick is inspired by a gas station specialty in Oxford, Miss. where jumbo chicken tenders are cut in chunks and skewered. Mr Harry’s interpretation includes homemade pickles and served with honey mustard or ranch. The hot chicken is styled after the long-standing Nashville tradition, but be careful what you ask for: The extra-hot is “just over the top ridiculous,” Harrigan laughed.

“The main thing is just to keep it fun and do really good food,” Harrigan said.

For Harrigan, seeking inspiration from a variety of restaurants is natural as he spend much of his early career as a chef traveling and cooking in cities such as San Francisco, Miami, New York City, and Chicago. Harrigan and his wife eventually moved back to Birmingham, where Harriagan worked for big-name Birmingham chefs such as Chris Hastings and Frank Stitt.

“I enjoy cooking,” Harrigan said. “On a certain level it can be an art form, and on most levels it is a craft. Food is a kind of gateway to the landscape of a certain culture.”

A meal offers your choice of chicken – fried, hot or rotisserie – and a choice of two sides.

The restaurant’s menu features classic Southern dishes, such as the Dough-Dough Bird—two homemade buttermilk biscuits with a fried chicken breast and house-made pepper jelly. New menu items include the fried pickle appetizer and a traditional chicken sandwich – boneless, fried and topped with pickles and mayonnaise. The health-conscious have the option of trading the fried chicken for grilled or rotisserie.

The chicken-on-a-stick is the restaurant’s best seller, while those opting for something a little lighter often order the Mr. Harry’s Salad—a mixed green salad with wood fired rotisserie or fried chicken tossed in a house-made vinaigrette with avocado, corn, tomatoes, scallions, almonds, cheddar cheese, and croutons.

If you’re feeling decadent, the Big De-Lux Burger boasts two all-beef patties between three pieces of a sesame seed bun with all the fixings and a special sauce.

“Our burger is probably my favorite hamburger I’ve ever done,” Harrigan said. “It’s kind of a riff on the old Big Mac. It’s just delicious.”

The restaurant is not limited only to chicken;burgers, seafood and hot dogs are also on the menu.

For those who want to get away from chicken, the restaurant offers other options such as the Pot Roast Sliders—two slow roasted beef brisket sliders with homemade gravy—or the Garden Platter, a choice of four sides for an all-vegetable dinner.

The menu will continue to change with the seasons.

A new seasonal menu item includes the Peach Hand Pie, which is baked instead of fried. Harrigan said it looks like a small empanada and is “just absolutely delicious.”

“Throughout the season, we’ll change the filling to match whatever is seasonal,” he said.

Harrigan and Pihakis chose to open Mr. Harry’s Chickin De-Lux in Mt. Laurel in part because the transition between restaurants was easy, but also because the location was ideal.

“It’s a beautiful setting, a really good neighborhood feel,” said Harrigan. “There are a lot of families, a lot of kids. That’s our customer base.”

However, the restaurant will soon expand to include two more locations in Avondale and Nashville, Tenn. Despite the expansion, the restaurant’s motto will remain the same. 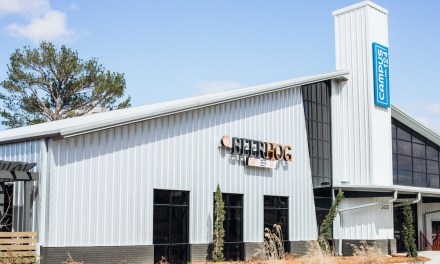 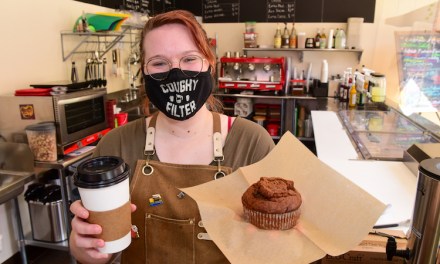 A Taste of Adventurer’s Coffee Co. 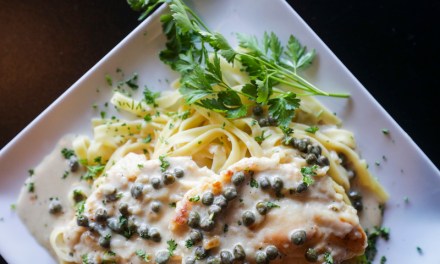 From Italy to Alabama 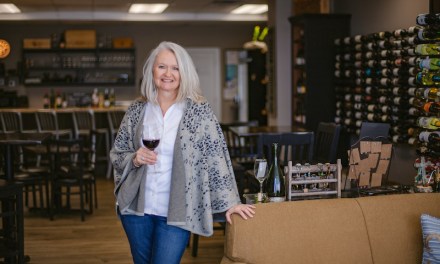