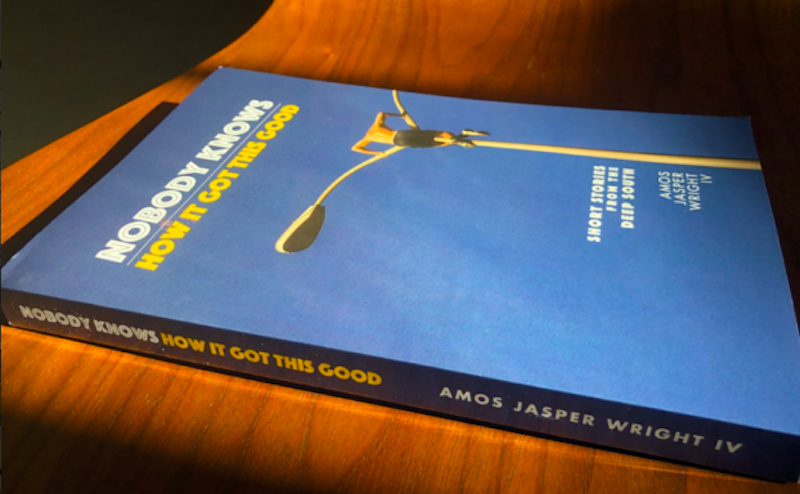 Pelham native Amos Jasper Wright IV, 34, has published his first book, Nobody Knows How It Got This Good, a collection of short stories set in the Deep South. Wright lives in New Orleans but has had stints in Lafayette and Baton Rouge, Louisiana; and Boston, Cambridge, Medford and Somerville, Massachusetts. He earned a master’s degree in English from UAB and a master’s in urban planning from Tufts University. He works as an urban planner in New Orleans, but has also worked in transportation planning, environmental planning, housing, zoning and land use.

What inspired you to write Nobody Knows How It Got This Good? Is this your first published book?
My preoccupation with urban issues and specifically the urban history of Birmingham served as the conceptual framework or scaffolding of the book, the transformation of urban form under the aegis of human agency, whether malevolent or benevolent, but this transformation as an agent itself, almost the agent of a self-realizing metaphysical system. As for inspiration, obviously I’m inspired by the South, but that is a generic, mushy answer. I’ve always had a keen sense of justice and injustice – I won’t speculate here about its origins – that we dwell in a utopia-haunted world, and this sense of fallenness is probably what motivates me, though inspiration is more opaque and maybe overrated. And because I don’t have the time or the talent for activism or organizing I defaulted to writing. I identify more with James Baldwin or Marx, for example, than with King or Lenin. If I had a totalized model of understanding of the mechanics and etiology of inspiration I’d probably stop writing – an empirical basis would stultify it. As long as I can continue writing, I’m comfortable not knowing and allowing it to reveal itself through the process.

It is indeed my first published book. I’ve also written poetry, though less so over the years, and at least half a dozen or more unpublished novel manuscripts – who knows whether they are publishable or will ever be published. I’ve also written more boring government reports than I care to count.

Why did you choose the short story collection format?
I did not intentionally embark with the purpose of assembling a collection of short stories, and the more you try to impose your will on an organic creative force like a story or collection the more it will resist and humiliate the conscious hubris of your intentions: the best-laid plans of mice and men often go awry, etc. If you humble your writerly ego and listen, the work will ultimately speak and show you what it wants to be – easier said than done, it is consummately frustrating to have all these unwritten story schemes in my head, which I cannot get onto the page because they do not want to exist, and for that reason probably should not exist. This listening can be likened to the Taoist practice of wu wei: “doing-not-doing” or “non-forcing.” A species of action embedded within non-action. The acuity of this listening skill is a mark of a maturing writer. But I don’t always listen. Whenever I have failed to listen to the work the result is invariably mediocre or coerced – the work will let you know by its quality and cogency.

At first, I wrote what I thought were independent stories but over time common themes, images, characters, places and obsessions emerged and I realized that these seemingly disconnected stories could be assembled under one roof and marketed under the somewhat artificial construction of a short story collection. Several stories were tossed from the original manuscript submission because they compromised the overall thematic and stylistic unity of the collection: a story about Ole Miss football, among other things, titled “Say Goodbye, Catullus, to the Shores of Asia Minor,” which really had little to do with Birmingham even though I was personally attached to the story. I was sorry to see it go – it remains unpublished – but its absence strengthened the coherence and integrity of the collection, which would have been weaker (and much longer) had this story been retained.

Although this is a work of fiction, what are a few Birmingham places or landmarks people might recognize in the book?
Readers familiar with the Birmingham area should recognize streets and place names, most of which are factual, such as Red Mountain or various buildings mentioned throughout the collection such as the former Wachovia bank tower – now the Wells Fargo tower – or the Powell Avenue steam plant. Because of my interest in urban spaces, urban history and placed-based memory, and how they form and act upon individual characters, I fixate on specific places and buildings, which operate as grounding landmarks in the story, or stage sets for the action and plot, which is admittedly sometimes meager or nonexistent. Buildings and places, especially historically significant ones like the Edmund Pettus Bridge or the 16th Street Baptist Church really resonate with me. I haven’t read these stories in a while, but I think Legion Field and Rickwood Field are also mentioned in passing. The Southtown public housing development in the first story is located on University Boulevard, though the Jaguar dealership across the street has since been bulldozed for a parking garage.

What was your writing process like for this book? Did you do research, visit places, interview people?
The writing process is demystified by Mary Heaton Vorse’s sage advice: “The art of writing is the art of applying the seat of the pants to the seat of the chair,” and that’s really all there is to it – no different than practicing the piano or perfecting route-running techniques as a wide receiver. As much as I hate to quote Hemingway, he was right: “There is nothing to writing. All you do is sit down at a typewriter and bleed.” Woody Allen – another pariah I am reluctant to quote – said that 80 percent of success is just showing up, or something to that effect. While I don’t use a typewriter, nor do I think a melodramatic bloodletting at the typewriter really necessary, in general it is sound advice. This may or may not be to my credit, but I did little, if any research, other than basic fact-checking when it was necessary, and interviewed no one, unless you count the conversations and encounters I’ve had with myriad people in Birmingham over the years. Although I have been conducting “interviews” to inform a new project. I read extensively, and that reading certainly informs the writing, but research isn’t really my style – it’s too pedantic and time-consuming, although some planned future projects will no doubt require research. The stories probably come off as heavily researched, but if they do that is just a reflection of immersion in the subject matter and experiential observation honed from years of living in Alabama.

Did you come away from this project with new perspectives or realizations about the issues woven throughout the book – civil rights, suburbanization, environmentalism, religion, etc.?
Fiction approaches these issues in a more tentative and exploratory way than non-fiction genres such as manifestos, white papers, essays, sociological and statistical studies, or journalism. While the stories take critical positions on controversial topics, they’re not sermons – or at least I hope they’re not – nor are they prescriptions for action. Indeterminacy and undecidability are the essence of fiction – the anti-epiphanies. We have made anemic attempts to redress suburbanization through government reports – a genre which does not handle indeterminacy or undecidability very well, because fixed positions and certitude, or at least the illusion of it are often necessary for action within the political sphere. These stories were written years ago – the oldest of them in 2010 – and whatever I learned from them has long settled into the posterior of the brain. I continually have realizations on these topics, mostly through reading and reflecting, because reading is an integral part of the writing process for me – I never want my thinking on a subject to be static; recently, I’ve been working through Frantz Fanon’s book on decolonization, The Wretched of the Earth, and Cornel West’s Race Matters – such nonfiction books assist me in the reinterpretation of past fiction projects, often regretting certain literary or aesthetic decisions after publication, almost as if Fanon and West and others help me rewrite them, and to think about future projects in new ways.

What feedback have you received from readers since the book was released?
To date, I have one review on Amazon, and several positive reviews on Goodreads. A book like this takes a while to work its way into the world, and to find a readership, if it ever does. I count myself lucky to have positive book reviews from The New Southern Fugitives, Kirkus Reviews, and the Independent Book Review, all of which are available on my website. The Kirkus Review even went so far as to compare the collection’s “anarchic nihilism” to Hunter S. Thompson, which I found both hilarious and ironic, because I’ve never read Hunter S. Thompson.

What’s next on your agenda? Any more books?
These days I’m working on another collection of short fiction, this time set in New Orleans, and organizing my thoughts on two novelistic projects: one concerning the politics and culture of Alabama football and another centered around the character of Spider Martin, the Civil Rights photographer whose legendary, iconic photos immortalized the embattled march on Edmund Pettus Bridge. I’m also contemplating a sequel collection to Nobody Knows How It Got This Good, maybe with the same narrators and characters, and a story titled The Battle of Edmund Pettus Bridge.

For more information about Wright and his projects, visit his author website. Nobody Knows How It Got This Good is available on Amazon here. 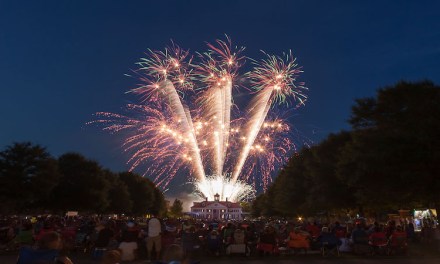 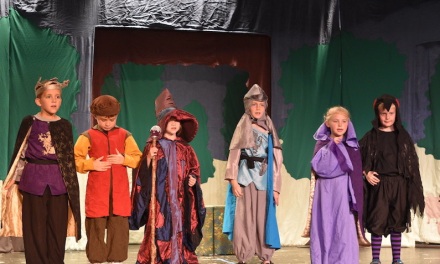