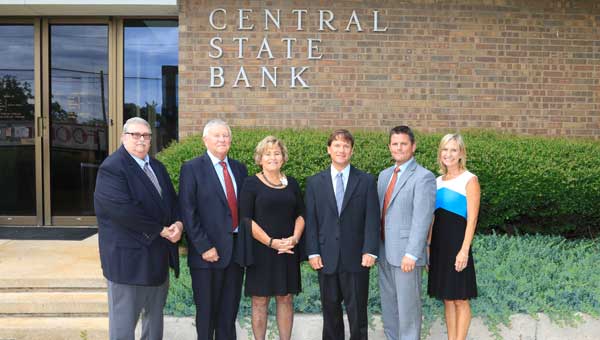 Photographs by Dawn Harrison and Contributed

Central State Bank first opened its doors in Calera in February 1916. Now, more than 100 years later, the bank — and the family that leads it — is planning for another century with confidence.

The story of that family begins with Roy Downs, who began work at Central State Bank in March 1945. Two years later, he purchased a controlling interest in the bank, and therein began an era. Downs’ children, David Downs and Deegee Downs Schroeder, and Downs’ son-in-law, Bill Schroeder, still occupy leadership roles at the bank, while the three Schroeder children — Mitt, Shane and Shanda — make up the current executive team.

Since Roy Downs began working at Central State Bank in 1945, the bank has grown from an asset size of $600,000 to a current size of more than $230 million, according to Mitt and Shane Schroeder.

“These companies supplied over 500 jobs to people in the area and really helped establish an economic foundation for the city of Calera,” Bill Schroeder said. “He helped organize Shelby Medical Center and served as its first chairman. Mr. Downs always supported the local people through being a big promoter of civic organizations.”

“(Roy Downs) showed us the value of giving back to our community, and we have tried to do our best at making sure our family and the bank are constantly enriching its presence,” David Downs said.

“Part of our mission statement talks about being the bank whose community is enriched by its presence. We value the community because, without it, the bank would not be here,” he said.

Shane Schroeder said Central State Bank works to give back to the community in myriad ways, including supporting local schools. This year, bank leadership donated money to help Calera Elementary School purchase Google Chromebooks for several classrooms. The bank is also involved with Relay for Life, the Multiple Sclerosis Society, the annual Strawberry Festival and local churches and sports teams, he said.

“We are a community bank, and we want to make sure our community knows that we care about our customers and our city,” he said. “We rely on each other and succeed together.”

Mitt Schroeder, chief executive officer for Central State Bank, said the bank is currently striving to serve the community by updating its website and mobile banking platform. The bank already has a mobile app that allows customers to deposit checks by phone, along with other features. Central State Bank leadership is also considering new business account features to protect against electronic theft and fraud, he said.

Mitt Schroeder said new technology will continue to be a priority for Central State because “it is the future of banking.”

For the future, Mitt Schroeder said bank leadership intends for the bank to continue to grow, to provide an excellent employment environment and to set the standard for banking regulations and innovations.

“Our specific goals are continued conservative growth, while staying focused on our customers’ needs,” he said. “We are a community bank and we want to remain focused on all the communities that we serve, but we also want to show others that we can provide better service than the larger banks and still provide the same products.”

Currently, Central State Bank has five locations in Calera, Pelham and Alabaster, as well as a mortgage division in Birmingham. Bank leadership is always considering new growth opportunities, but being a community bank is important, Mitt Schroeder said.

“Our slogan is ‘Large Enough to Serve You, Small Enough to Know You,’ and we will always make sure we remain that way through our growth,” he said. “We understand that the larger we get, the smaller we have to act.”

Both Mitt and Shane Schroeder said family members will continue to lead Central State Bank for the foreseeable future.

“Our family is deeply rooted in Calera and Central State Bank. The bank will always be part of our family,” the brothers said. “It’s all we’ve ever known. We saw the difference our parents and uncle were making in people’s lives, and we wanted to continue that tradition. Our lives were enriched with the community, and it is our desire to provide a banking service that is filled with integrity, genuineness and excellence.” 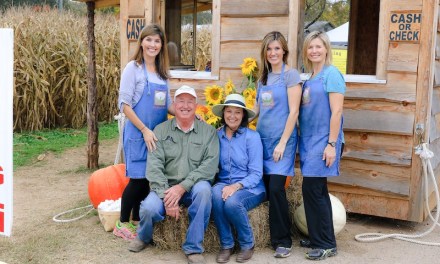 Festivities at Old Baker Farm in Harpersville are in full swing. 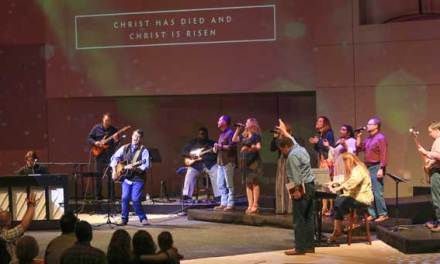 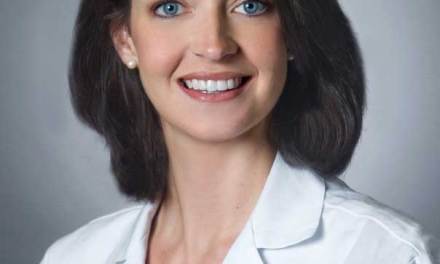 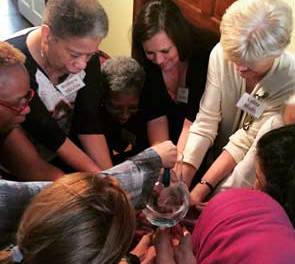