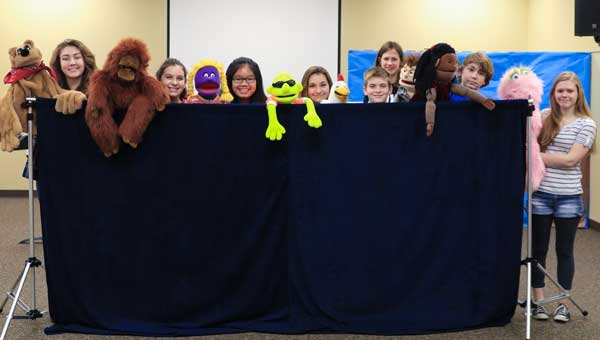 About 10-20 students participate in the church’s puppet ministry.

When someone pulls up a seat to a Christian puppet show, they may expect to be introduced to Moses or perhaps even Jonah and the whale.
You probably wouldn’t expect to encounter The Beatles, birds that loudly caw and guys with orange skin and vibrant blue hair.

These characters, and black lights, are all part of the show viewers gets from Stepp Up, North Shelby Baptist Church’s puppet ministry.

“I absolutely adore it,” says Sarah Roland, a member and senior at Chelsea High School. “It’s really amazing to see the kids’ faces light up when they see the puppets.”

“The songs and skits they do could be talking about everyday things but refer back to Biblical lessons,” Hardy says. “For a child, this may help them pay a little more attention and let the message sink in more than it might through other methods.”

Roland says it can be hard to explain to a young child how there was a man who died for them.

“They can’t fully understand that,” Roland says. “They can understand that someone really loved them and would do anything for them. They also can always get a song stuck in their head that means something to them and have that stay with them all of their lives.”

Roland found her way to Stepp Up as a sixth grader. She’s relished working with the other students to decide what songs to use and what images should accompany them, she says.

They use renditions of songs like “Here Comes the Sun,” changed to “Here Comes God’s Son,” or “Praise and Shout,” instead of “Twist and Shout.” They’ve coated puppets in black-light paint and built specialized sets, as well.

Roland says she’s always enjoyed putting together the presentations, but when she heard the profound testimony of a speaker from Africa, her devotion to the ministry solidified.

“He was in a place where you weren’t even allowed to know who Jesus was,” Roland says. “Yet, he snuck out with his friends – lying to his father – to go see a puppet show because he had heard of the message of love the missionaries were teaching. Hearing a story like that, how could you not want to be a part of a ministry like this?”

North Shelby Baptist Church’s puppet ministry launched about a decade ago, winning numerous competitions since. Typically, a group of 10 to 20 students participate, which means a very boisterous room of 11 to 18 year olds for someone to organize and direct.  Martha Miller joyfully took on the task of supervising the ministry about a year ago. “I’m proud of how it has lasted because of the kids’ passion to share the word in a fun way,” Miller says. “I definitely did not want to see the program go away.”
Miller carries a very personal tie to Stepp Up. Her son, Jake, spent several years as a member of the program, spreading the word of God through this unique form of faith and theater. After he passed away in a car wreck at age 19, the youth in Stepp Up chose to name one of the black light puppets in his honor.

“I love the closeness of the group because it really allows you to get to know the kids,” Miller says. “It’s interesting to see their perspective on things. Sometimes, you don’t realize how deep their understanding of things or their faith really is.”

According to Roland, Jake is the one who originally came up with the name Stepp Up. An anagram of the word puppets, it is supposed to represent how youth in the ministry step up for God by spreading his word.

Performances then take place throughout the year at the North Shelby and Chelsea libraries, nursing homes and as part of a special Easter Egg Hunt for visually impaired children.

“The puppet show is what really makes the year for me. We come from behind the stage and let the kids touch the puppets,” Roland says. “When I really thought about the fact that we were giving a puppet show for blind kids, who can’t see what we are doing but are still so engaged in the story, that’s when I realized this ministry can truly reach anyone.” 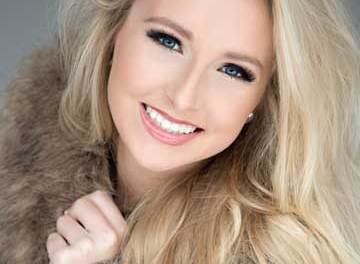 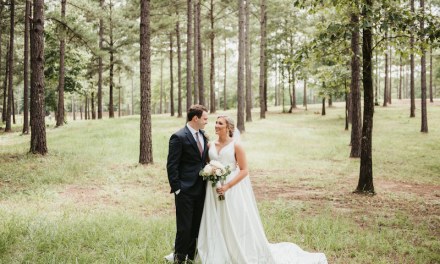 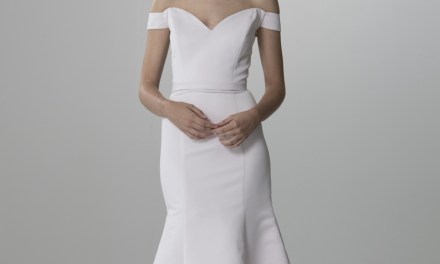