The Art of Barbering 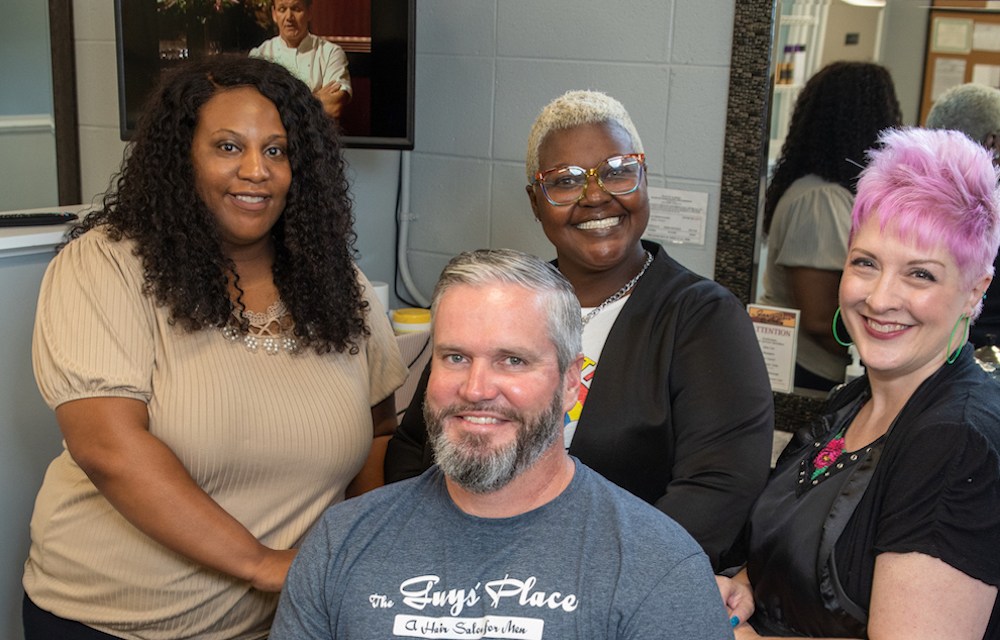 Kevin Hamby looks around The Guys’ Place barber shop in what was once Valley Elementary School in Pelham and remembers himself as a first-grader, bustling down the hallway, playing outside near the wooden drawbridge. He even remembers his teacher’s name, Ms. Jaynes. He speaks with a healthy mixture of humility and pride about his memorabilia up on the wall, including his picture of a helicopter with the famous words “Go Bama!” and his Citizen of the Year Award certificate he won—yes, as a first-grader.

“Not Student of the Month, but Citizen of the Year,” he says, laughing. “I don’t remember what I did or what it was for, but I must have been a pretty good kid.”

It’s all come full circle for him. Kevin, who went on to earn his business degree from Springhill College in 2002, is now the owner-operator of the only The Guys’ Place barber shop franchise location in Alabama, which is located at 2408 Pelham Parkway in Suite 315. The Guys’ Place, which he opened in February 2021, is a modern-day version of the classic barbershop, offering a full-service haircut that includes a shampoo and conditioning, a hot facial towel, an eyebrow and mustache trim and a shoulder massage with an Oster massager. The Guys’ Place also offers separate services such as beard trims, highlights, gray blending and facial waxing. 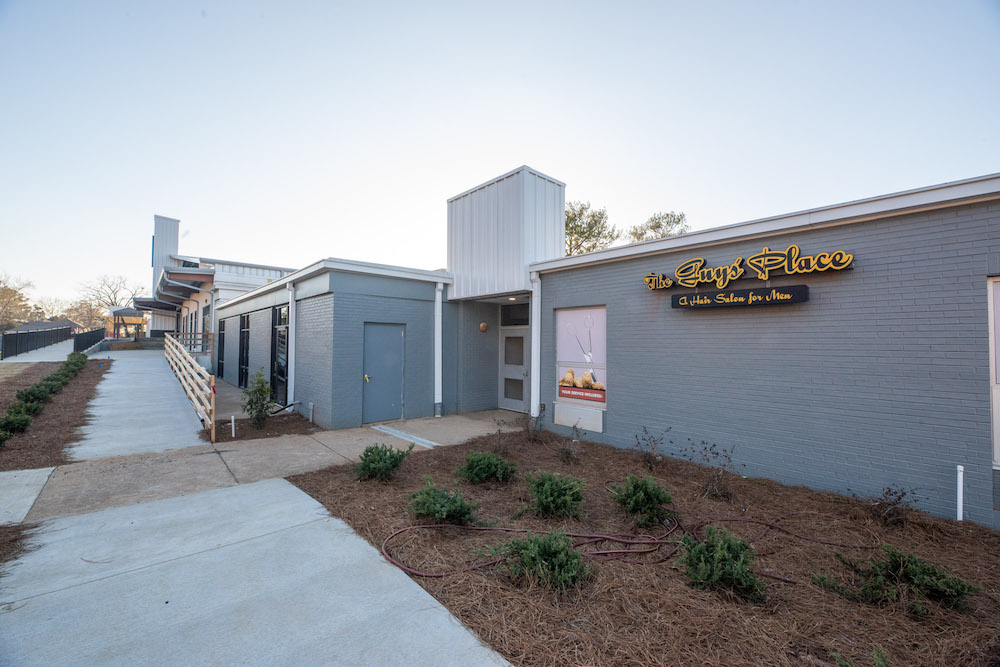 Kevin recalls how he never thought he would have a business in his old school, where he attended from 1986 to 1987. What used to be two classrooms are now 1600 square feet of pure luxury, where Pelham men (and occasionally women) get their hair cut while holding a remote and watching their favorite channel in front of their own HDTV.

“I really like the relaxed environment. We have couches, reclining chairs, we’ve got music going. Today it’s ‘80s, but every day it’s something different. We play country sometimes, too.”

The Guys’ Place has complimentary coffee, a mini-fridge with bottles of water, candies and mints. Kevin even gives out peanuts.

“The franchise model was to offer buckets of peanuts, but we give out individually-wrapped bags of peanuts because of Covid and because some people have allergies.”

The Guys’ Place also does activities to engage the community as well, having recently held a raffle to auction off a backpack filled with school supplies. Kevin says that business has come with its share of memorable experiences, too, like the tornado that touched down in Pelham in late March 2021, just a month after the shop opened. He and two of his stylists had to hunker down in the shop for shelter. 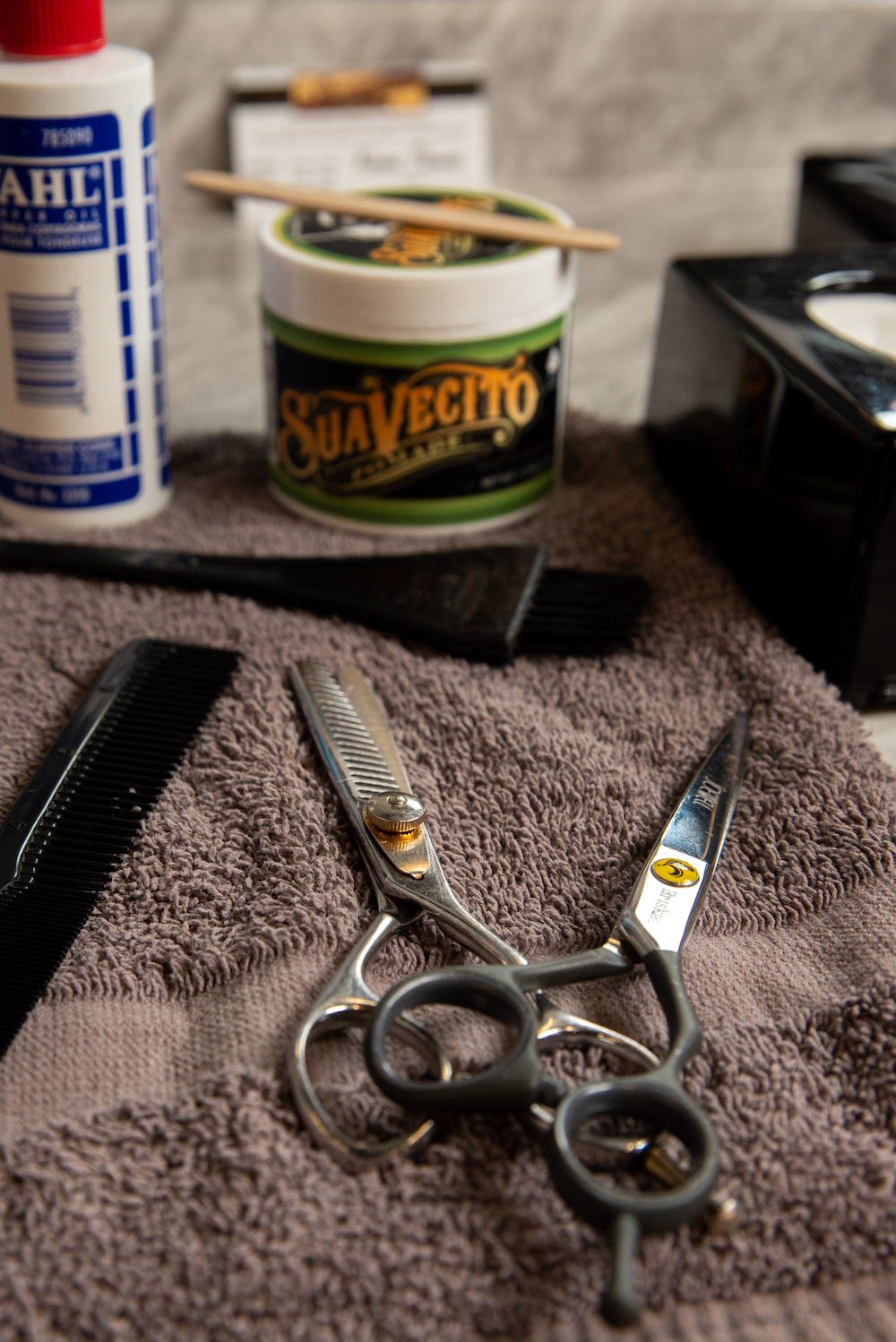 “I’ve witnessed tornados before, but I’ve never had one go right over me like that,” he says, reflecting.

Kevin, who had been owner of The Goddard School from 2005-2018, says he learned about the space availability in the Campus 124 building from a friend, and he immediately got in touch with a city contact about securing one of the suites.

“After I sold my previous business, I was trying to think of services me and my family use,” he says. “My boys and I are always getting haircuts, so after doing some research I was most impressed with The Guys’ Place.”

Although Kevin moved from Pelham after first grade, going on to live in other areas including Massachusetts and Louisiana, he has lived in Pelham continuously for the last 20 years with his wife and three children and didn’t want to go anywhere else.

“We were wanting to stay in Pelham,” he says. “Our kids are in school here, and we wanted to stay rooted. Once the opportunity came up, it was perfect timing.” 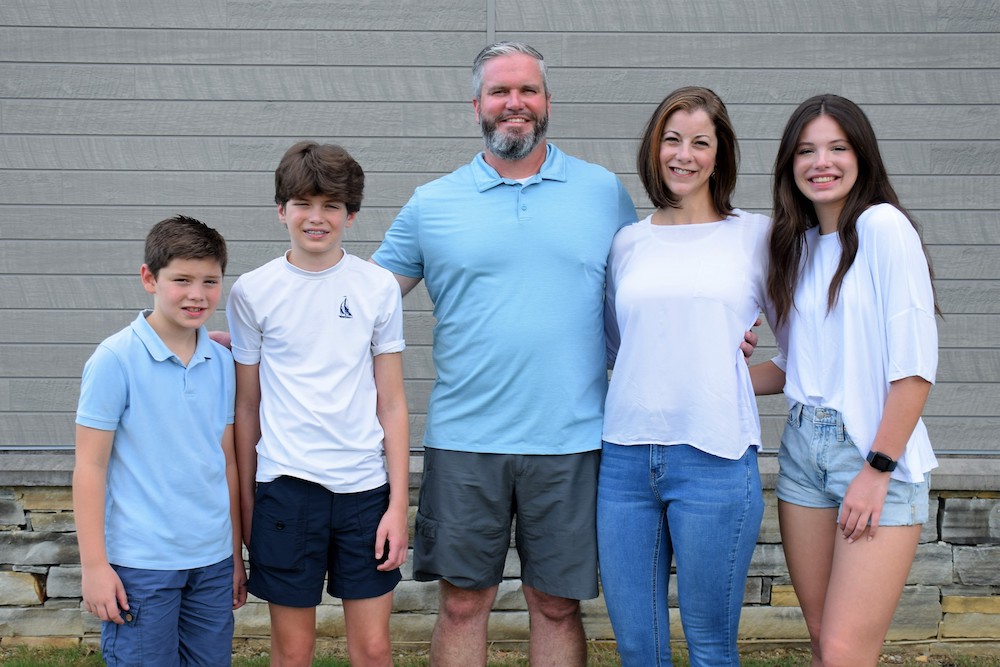 Kevin says his customers constantly give him positive feedback, complimenting him on the positive environment. He says business has been going well, with an average of 20 to 30 customers a day, many of them repeat customers. Through this The Guys’ Place has cultivated a true family atmosphere.

“Our stylists are good at making the customers feel comfortable, talking with them and building a relationship with them,” he says. “A lot of customers live nearby, and we’re right next door to the Half Shell Oyster House. A lot of customers tell me they remember going to school here like I did when it was Valley Elementary.”

Chad Leverett, a regular client, says he visited the salon not long after it opened and was sold the first time.

“The place is super clean, they play great music and the people are very nice,” Chad says. “They take walk-ins too, and I seem to get right in going around 10 a.m. before the lunch traffic.”

Visit Kevin and the stylists to experience the true art of a good barber, right here in Shelby County. 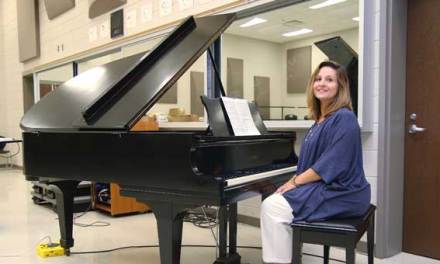 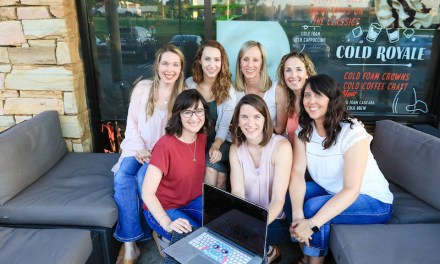 Sisterfriends to the End