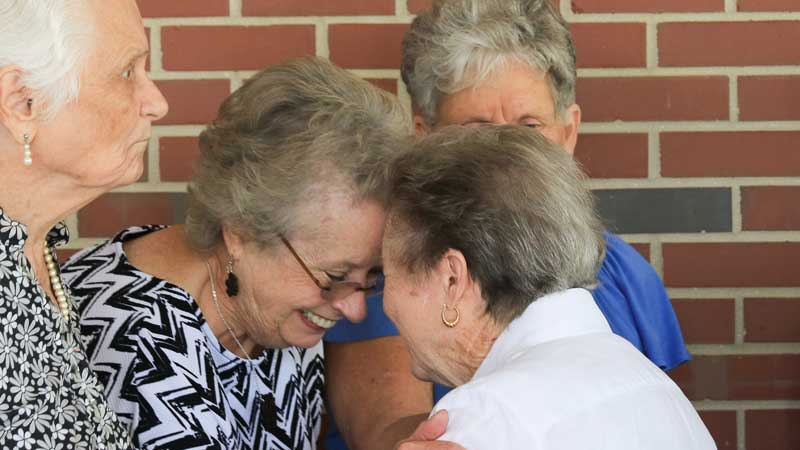 Janice Chesser remembers the day she and five other women approached Liberty Baptist Church Pastor Dr. Tim Cox to discuss forming a new ministry for widows 15 years ago, and she marvels at what has transpired since then.

“It seems like yesterday six of us met with Bro. Tim and as I like to say, ‘We walked in as a group of little old ladies and walked out as the ladies of Widows’ Might,'” Chesser said. “That was June 21, 2001.”

The Widows’ Might ministry started as a support group at Liberty Baptist Church in Chelsea for women whose spouses had died “to let the Lord use us to reach out to all the widows in our church and communities and share God’s love and grace,” the mission reads. The group consists of more than 30 women.

Over the years, the women credit the Lord with using them to help others, often anonymously, far beyond the church walls.

“It truly is a ministry,” Chesser said. “It started out as a support group for each other, and the Lord turned it into a ministry. All I can do is say, ‘Thank you, Jesus.'”

Widows’ Might members celebrated the ministry’s 15th anniversary at an Aug. 18 meeting with cake and a look back at some of the outreach efforts in which members have been involved. Chesser compiled a 15-year report detailing the group’s service to local and global organizations.

From August 2001 to September 2004, the group delivered 3,921 meals to families through Meals on Wheels, a delivery program that allowed Widows’ Might members to carry meals and occasional holiday-oriented gifts to recipients.

Widows’ Might helped distribute 621 free copies of the book “All About Heaven” to patients in eight nursing home and assisted living facilities in Shelby and surrounding counties in 2001 and 2002.

From 2001 to 2003, the ministry provided clothing, shoes and toiletries to 13 patients without families. The women made 28 lap robes for the 13 patients, plus 15 extras for other patients at Christmastime. The group also prayed for and visited the patients on a regular basis.

Widows’ Might started communicating with local school counselors in 2002 to determine children’s needs the ministry could help fulfill.

The women provided snacks for children at Chelsea Elementary one day a week for a couple of years, and from 2004 to 2007, they supplied one snack a week for 224 children for 38 weeks.

In 2008, the women discovered they could provide more snacks if they bought in bulk, and the snack ministry eventually extended to Chelsea Park, Chelsea Intermediate and Mt Laurel. Widows’ Might served 375 children with 1,125 containers (about 5,062 pounds of snacks) for nearly three years.

“I’m so proud of these ladies because a lot of people just get on the front porch in a rocking chair, but they don’t do that,” Chesser said. “Everybody has to have a reason to get out of bed every morning.”

Member Linda Brasher ecchoed Chesser’s sentiments, adding, “This is not a group of sad women.”

Widows’ Might started supporting the military in August 2003 and continue with different projects throughout the year. The group has sent 1,349 boxes to 475 young men and women, 27 smaller boxes to 12 wounded individuals at Walter Reed Medical Center, seven boxes to an underground church in Iraq, including 10 Arabic Bibles, four boxes of toiletries to an orphanage in Afghanistan given by chaplains and six boxes of school supplies given to schools by chaplains in Afghanistan.

The group sent 1,179 Bibles and 649 Christmas books to men and women and chaplains, and boxes of Bibles to chaplains.

Hundreds of “Letters from Home” written by Liberty families and thousands of Christmas cards were sent to men and women.

Also, Widows’ Might has donated to Wounded Warriors and Crosswind Foundation.

Widows’ Might secretary Inez Smith, 89, said packing boxes for soldiers is special to her, as her late husband, Charles, was a paratrooper in the Army.

“That was my thing,” Smith said.

“It’s just a blessing that we can bless other people,” Stout said.

Since 2005, Widows’ Might has provided school clothing for 15 children and Christmas gifts for 14 children through Shelby County Department of Human Resources.

Since 2005, the group also has supported Chelsea Hidden Acres at Easter and Christmas, providing 74 Easter baskets and 74 tracts, along with 94 Christmas stockings, 60 baskets and 154 tracts.

Widows’ Might’s prison and school outreach efforts are part of what stood out to member Carolyn Snell, 82, when she joined at the beginning of the year following her husband’s death in October.

“I’ve just been amazed at all they do,” Snell said. “It’s been a blessing to me to be, with all the ladies in the same boat. It’s so much more than what I thought it was.”

From 2008 to 2012, Widows’ Might provided household cleaning supplies once a year to the Alabama Baptist Children’s Home.

The group also provided 45 pairs of new shoes; $772.12 in school supplies; two cases of large print NIV Bibles; a case of Spanish Bibles; 1,540 pounds of peanut butter, jelly and dried beans for Daily Bread; $2,585.83 in food, household cleaning supplies and toiletries for Daily Bread; and $765.27 in toys for an Angel Tree, from 2008 to 2016, through the Shelby County Baptist Association.

“Janice married my stepson, and when he passed away, she prayed and asked God how he could use her,” Betty, 79, said. “It’s been a great thing in this church to have.”

In 2008, Widows’ Might started working with Gary and Elizabeth Wilkins in their missions to provide clean water to the people in Namibia, Africa, and surrounding countries; to share the gospel with them; to meet the needs of village residents; and to start churches and special programs.

A recent project Widows’ Might members have contributed to involves sending “Action Bags” to Christians overseas through The Voice of the Martyrs, a non-profit organization formed to support Christians persecuted for their faith around the world.

Action Bags are plastic bags packed with items such as coats, sweaters, hats, towels, sheets, blankets and socks. Some of the items are handmade by group members.

Through VOM, Widows’ Might has sent 15 bags to Iraq; 20 blankets to Sudan, along with Bibles provided by VOM; 20 bags to Syrian Outreach; 25 bags for Afghanistan or Pakistan; 10 Action Bags to Iraq; and 20 family medical bags to Iraq.

Other outreach projects over the years have included supporting missionaries working with orphans in Africa and Mongolia, providing snacks for the homeless, donating food to Heavenly Smile food pantry in Chelsea, volunteering with special events at Liberty and the community, and even donating money toward the purchase of goats to supply milk for babies in Niger, Africa.

“We were blessed to meet a lady that volunteers with The Voice of the Martyrs,” Janice said. “God just puts people in our path. It is amazing how God has used a group of little old ladies. I’m humbled by what the Lord has allowed us to do.”

Janice, who one member described as a “warrior,” is quick to note the group she helped start 15 years ago is grounded in love, and open to any widow interested in serving.

“We’re a ministry of Liberty, but anybody can come that’s a widow. We’re all sisters in Christ,” she said. “It takes one widow to know what the other one is going through. These ladies … they are precious.”

Cox spoke briefly to the group at its August meeting, thanking members for all they have done and reflecting on the visit with the six women wanting to start the ministry.

Cox said he remembers one of them saying, “We don’t have much, but we just don’t believe God is done with us yet.”

“Not only has Widows’ Might advanced the gospel in Central Alabama, but it has gone global,” Cox said. “It’s a mission you’re on board with for our God. God has really made it a ministry of great might, and that’s His might.”

Cox also called Widows’ Might one of the most “vibrant” ministries at Liberty, with some of the “greatest prayer warriors” in the church.

“I just praise the Lord for it,” said Claudia Taylor, 88, one of the original six members. “(God has) been awful good to us. We couldn’t have done it without Him.”

Widows’ Might meets the third Thursday of each month. The group’s Christmas party will be held Dec. 14 at the Chelsea Community Center.

“The Widows’ Might has never been about us, but it’s always been about Jesus,” Janice said. “The quicker you can start doing for other people, the better off you are. We love each other, and we support each other.” 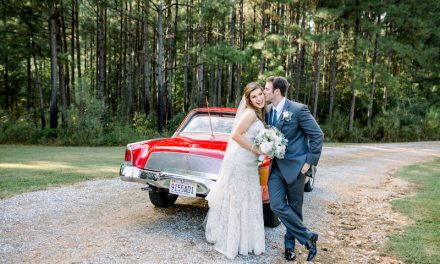 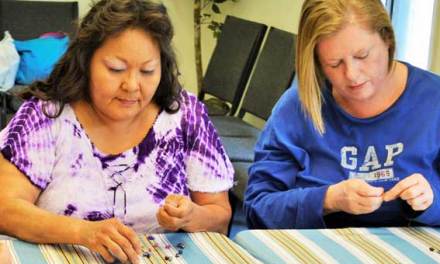 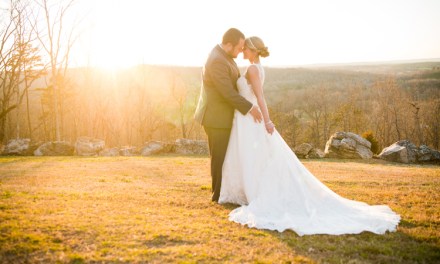 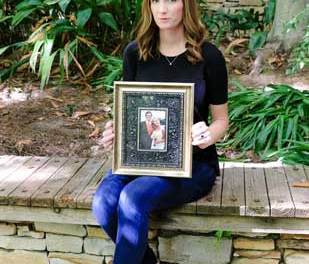 Stepping out of the darkness