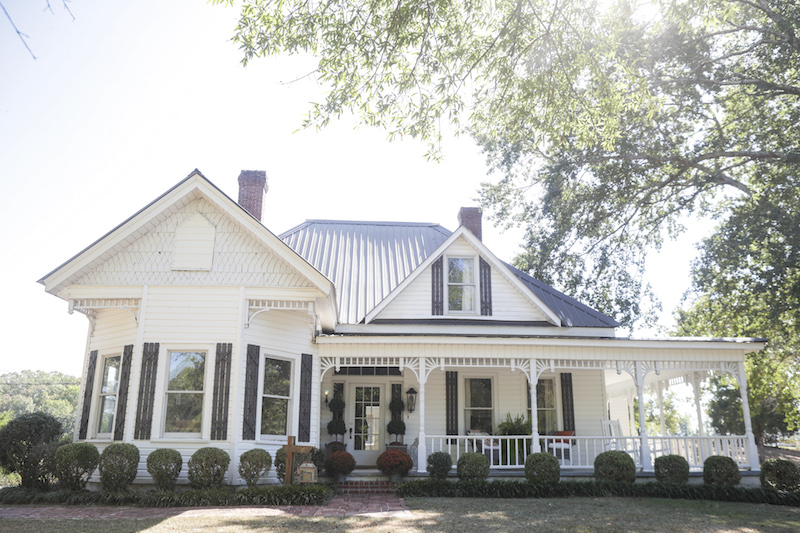 The Ashworths’ century-old farmhouse is a restoration story in the making.

When Lauren Ashworth says she and her husband, Brett, are home people, she means it in every sense of the word “home.” “We are homebodies,” she says. “We have no wanderlust.” Lauren and Brett love historic homes, too, so much that she calls them “old-home addicts.” They find joy in preserving the character of old houses and adding their family to the line of previous owners who have lived inside the same walls.

Their love for the antiques of the home market – the precious gems mined and polished by time’s invisible jeweler – is what drew them to their century-old farmhouse in Columbiana five years ago. They had just looked at another old house in town, on Main Street, when they discovered the sweet little house for sale on a swath of land about three miles from downtown Columbiana. “It took us about three years of looking to find this place,” Lauren says. It took them maybe three minutes to know it was meant to be theirs. “It was it. It’s our lifetime project and is a constant work in progress. We have a 10-year plan to completely renovate our kitchen, living and bathroom spaces, but those projects are years away. By the time we do this, I hope we know exactly what we want.” And for Lauren and Brett, buying the circa 1895 farmhouse was a second chance after tragedy.

On April 27, 2011, three months to the day after they bought and moved into a historic home in downtown Cullman, Lauren’s hometown, an EF4 tornado barreled through the city, leaving behind a path of destruction as wide as it was devastating to residents like the Ashworths. The storm claimed all but the front steps of their home. “It was sad and tragic,” Lauren says.

They decided not to rebuild; they couldn’t bring themselves to put a new house on the lot where the old one had stood for so many years. They packed up and moved to Hoover, to a newer home in a nice neighborhood. They were comfortable. They were happy. But they couldn’t stop thinking about what old home out there might be awaiting their arrival. They began looking around Birmingham and made their way south into Shelby County, then Columbiana, where the white farmhouse nestled in the countryside captured their hearts immediately. “Our home is our sanctuary,” Lauren says, adding, “We fell in love when we found Columbiana. I do feel like they’ve embraced us.”

At closing, the McCord family, who owned the house before the Ashworths, gave them the gift of a framed photo of the house from 1913, about a decade before the Vardeman family built it. “I totally cried,” Lauren says. “This is the kind of history we love.”

The Ashworths named their home and surrounding 12 acres of property Stillwater Farm in honor of the body of water they can see from their back door that, according to Lauren, is the oldest manmade lake in Shelby County. “We have room to grow,” she says. Their multi-phase renovation allows them to do the work themselves, and ensures they avoid the debt that could come with renovating the whole house at once. It also means they don’t have to rush to make interior choices before they’re ready. Here’s a look at what they have done so far—and what their plans are in the coming years. 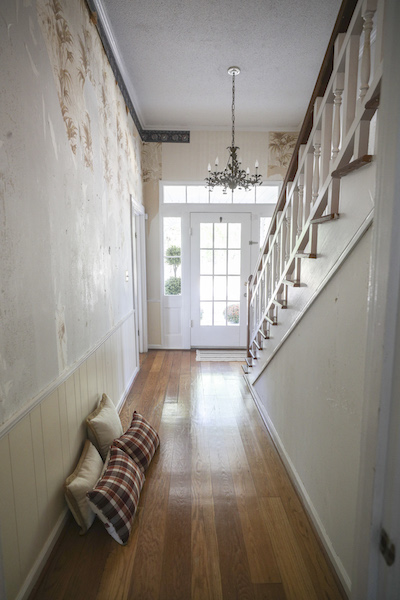 The charm that greets visitors as they walk up the front steps of the house continues in the foyer, where original wood floors give way to tall ceilings and a vintage metal chandelier. Although they have just started working on the space (as evidenced by the stubborn wallpaper they haven’t yet removed), the potential is there in the bones. The staircase was added by previous owners when the second floor was finished out. 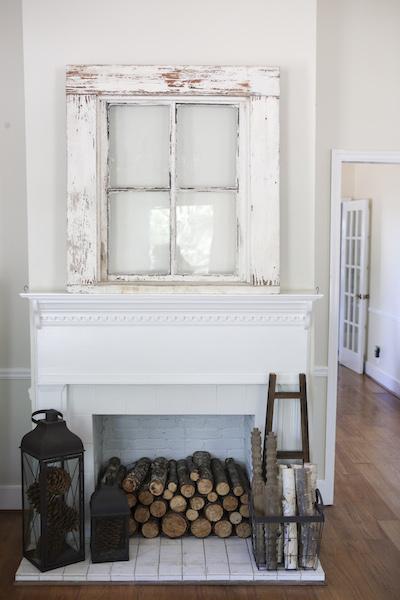 For someone who says her style is “not really farmhouse,” Lauren’s knack for incorporating it is evident, especially in the parlor. This sitting room combines comfort with meaningful heirloom touches, including Brett’s grandmother’s pie safe next to the fireplace and an original window from the property’s old corn crib above the mantle. 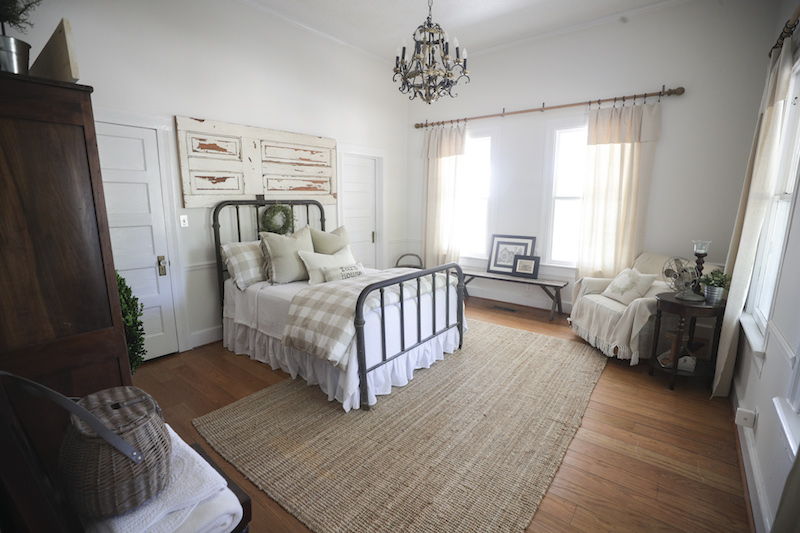 Across the hall from the parlor is the guest bedroom, an airy space thanks to white and beige bed linens and pillows, and windows that invite in plenty of sunlight. The old door hanging on the wall behind the iron bed was salvaged from the Cullman home the Ashworths lost in the 2011 tornado. The guest bathroom is on the Ashworths’ renovation to-do list. 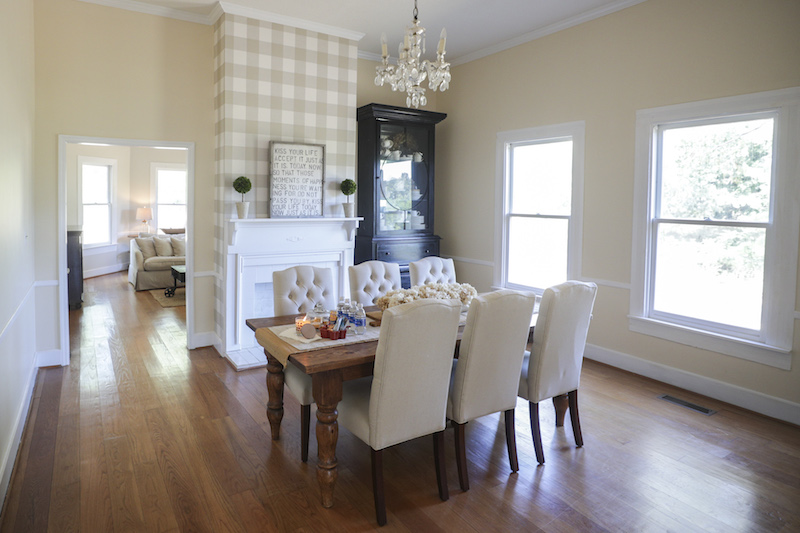 Through an archway from the parlor is the dining room, another space Lauren reworked with a neutral palette to create a look of understated grace. 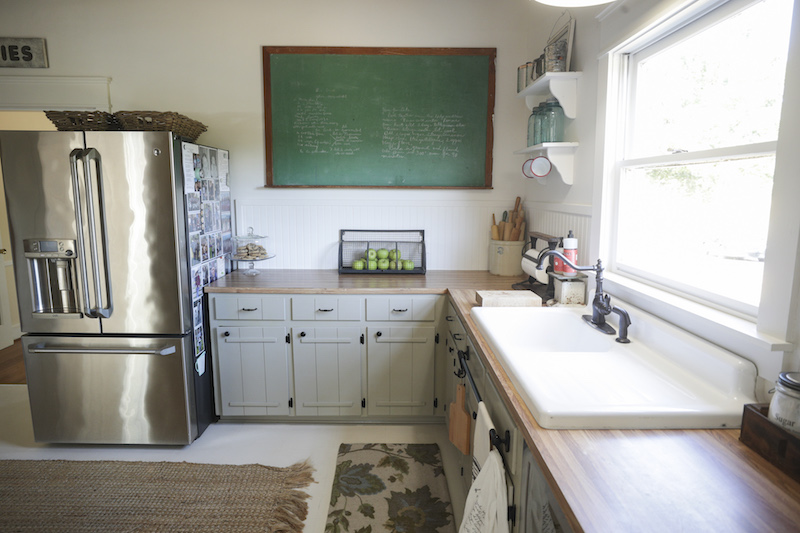 As soon as they bought the house, Lauren insisted they do what she calls a “Band-Aid makeover” in the outdated kitchen. She wants to do more extensive work on it in the future, but for now, she says she’s happy with its cleaner, more open look. Recipes from Lauren’s and Brett’s grandmothers, in their own handwriting, cover the vintage chalkboard on the wall. 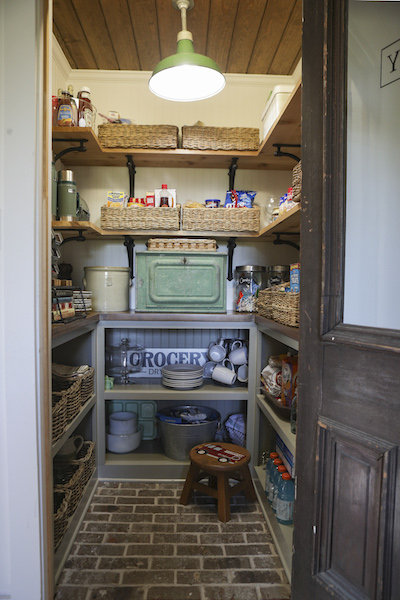 The Ashworths’ pantry is what a farmhouse pantry should be: simple, functional and accessible. Open shelving gives them plenty of storage space, and the brick floor and old door serve as rustic elements. 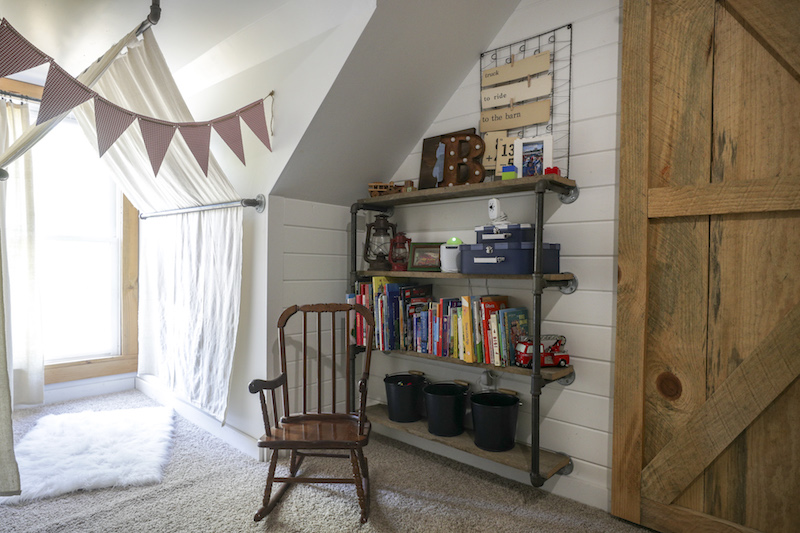 What was an attic space years ago is now a fully functional second floor that houses Baker’s room and a large space the family uses as a playroom or extra guest room, when needed. They made a custom barn door for Baker’s closet. 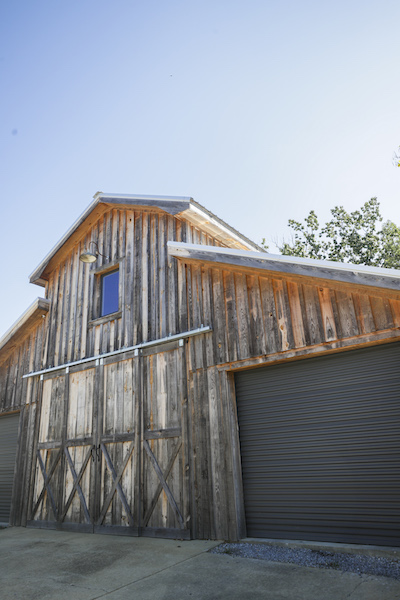 Brett and Lauren built the barn three years ago for Brett’s tools and equipment, and to give them a workspace for their ongoing renovation projects. 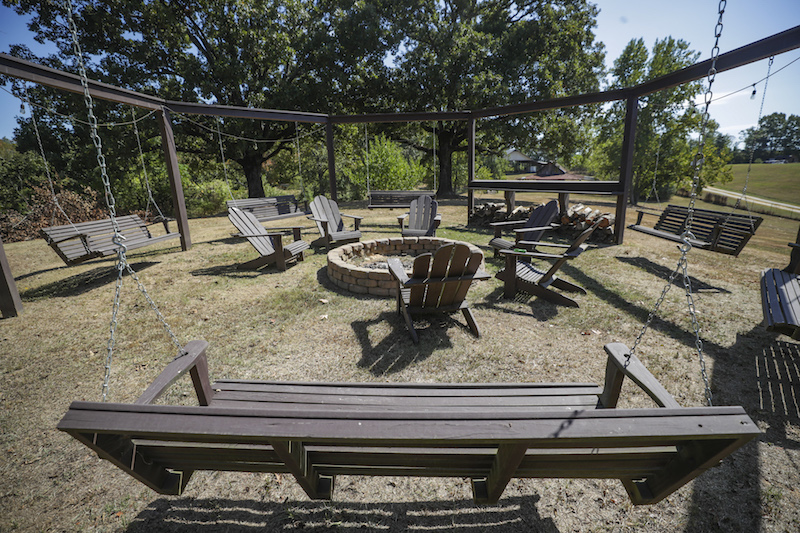 They built a fire pit in the backyard for times when they want to relax with a bit more privacy than in the front yard. They are also building a back deck behind the barn, where they will be able to look out over their property. “We just wanted a spot we could come and chill and not have everybody staring at us,” Lauren says. “The view is one of the things we fell in love with when we came out here.”

Board and Batten: Specialty Wood Products in Flomaton, Alabama

Follow along with the Ashworths’ renovation project and Lauren’s other DIY ideas at littlewhitehouseblog.com. 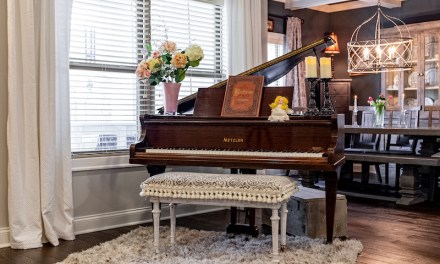 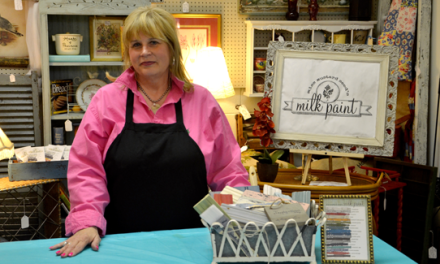 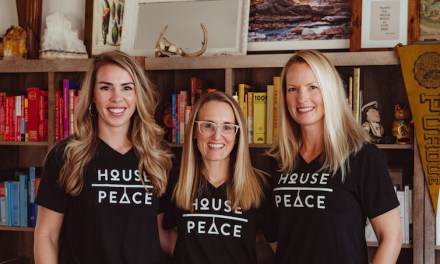 Tips for Bringing Order to Your Home 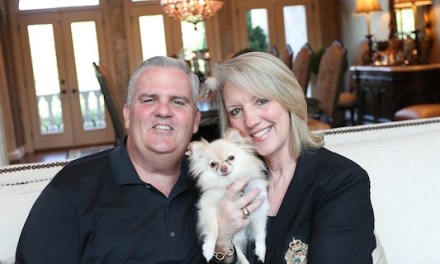