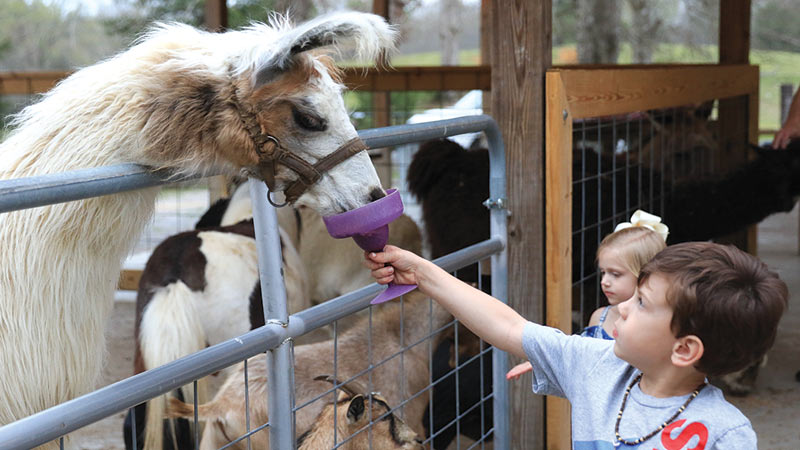 Six years ago, Jamie and Amy Griffin jumped on the opportunity to move from Montevallo to Jamie’s family’s land in Helena.

The couple, their older daughter, Sawyer, and their two dogs settled into Jamie’s childhood home on roughly 40 acres of land in the quiet countryside.

One day, Jamie, who works in the farming industry, brought home a baby chick and a baby duck to show Sawyer.

The pair, lovingly named “ChickDuck,” were an instant hit with Sawyer.

“My husband is a nurturer, and is always taking care of everyone,” she said. “It’s always something.”

The couple’s younger daughter, Cricket, was born in 2012.

Then, in 2013, they decided to buy llamas. Animals were becoming a significant part of their lives.

“Never in my wildest dreams did I think we would be purchasing llamas,” Amy said, laughing.

The llamas were the tipping point––the point where Amy realized the animals, coupled with the Griffin family land, could be the center of a homegrown business.

In January 2014, Jamie and Amy cleaned out the old storage barn near their house to host a family event, and they let guests visit with a few of their animals in a makeshift pin.

As soon as pictures from the gathering circulated on social media, people started asking the family about holding private events there.

“People just raved over it,” Amy said of the first event. “People loved it.”

The Griffins’ first event as a business, Griffin Farms of Helena, was held in April 2014, and they have built on that foundation as a successful event venue and business ever since.

“I have always been an animal lover and wanted my kids to grow up in the same way I did,” Jamie said. “I was prepared for them to cost us money, not make it for us. Amy saw something that I didn’t and I am sure glad she did, otherwise we would not be able to have all the animals that we do now.”

In the last two years, they revamped the barn by tripling its size, adding a concrete floor, installing restrooms and building an animal stall on the side of it.

Of the Griffins’ more than 50 animals, the usual stars of parties are Tina and Tony the llamas, Dolly the goat, Walter the pig, BoBo the donkey, Rio and Flynn the mini horses, Copper the sheep and Mr. Frank the Great Dane puppy, named in honor of Jamie’s late grandfather, Frank Griffin (Martha), who loved the idea of family members carrying on the tradition of living on the Griffin land in Helena.

“Jamie’s grandfather was really big on his family staying on the land, and sharing his land wealth with others,” Amy said. “Everything we do is really in honor of Mr. Griffin. He was so proud to have us living here. We know he would be thrilled with what we’re doing.”

As with their daughters, Jamie and Amy enjoy allowing children and adults at Griffin Farms to have new experiences in a rural setting.

“People can experience what it’s like living on a farm,” Amy said. “I love when it’s a party of people like that – that this is a completely new experience for them.”

Feeding, petting and interacting with chickens, turkeys, llamas, goats, horses, cows, pigs and a donkey is simply part of the Griffin Farms experience.

Mostly, animals stay in the stall during parties, and people can feed them from plastic cups provided by Griffin Farms.

“Our animals are harmless,” Amy said. “They love kids. They know what it means to work a party. They’re like family.”

Many of the animals are rescues.

Amy and other employees oversee the animals at every event.

In addition, yard games, corn hole, jumbo Jenga, barn ball toss, horse ring toss and a fire pit are available for extra entertainment. Partygoers don’t have to adhere to a schedule, either.

Sometimes, Amy said, kids prefer just to run in the grass, of which they’ll find plenty at Griffin Farms.

The venue is close to other Shelby County cities, including Pelham, Alabaster, Calera, Columbiana and Hoover, and is accessible to residents of larger cities along Interstate 65, such as Birmingham and Montgomery.

“You don’t have to travel far to get the far-off experience,” Amy said.

It’s the experience she and her girls enjoy every day.

After the popularity of Griffin Farms grew, Amy quit her job as a teacher at Cornerstone Christian School to focus solely on the business.

Then, she started to homeschool Sawyer, 7, and Cricket, 5.

“Our lives changed a good bit,” Amy said. “It has paid off.”

For the Griffins, Griffin Farms has served as an outlet where Amy’s creativity and entrepreneurial spirit meet Jamie’s practical business sense.

“I never imagined it would be this, but it’s perfect for me,” Amy said. “I grew up in a family of entrepreneurs. We owned several successful restaurants, an antique store … it was always a startup business, family-owned. If you wanted to use your creativity for success, you just did it.”

The cost for a two-hour party is $300, all-inclusive, with 30-minute setup and 30-minute cleanup times not included in the two hours.

Amy offers four different decoration packages, which are included in the price of the party, and sets up the decorations for clients.

“I have found that is what people love most about the business aspect of what we provide is we don’t put a limit on the number of kids or people, and they love that all they have to do is bring cake and food,” Amy said.

Clients can also hire outside vendors for their events at Griffin Farms.

The barn has electricity for DJs and live musicians, too.

Sawyer and Cricket serve as their parents’ helpers during parties at the farm.

“Being able to share this type of living, my children are just blessed,” Amy said. “To see that it makes other people happy, I just hope they’re going to be grounded adults one day because of the way they’ve been brought up.”

As long as Jamie and Amy feel the venue is honoring Jamie’s grandparents’ legacy, they will continue opening it to the public.

“By doing this business, we feel we’re keeping his spirit alive,” Amy said. “I love people. I love getting to see other people’s walks of life. I thoroughly enjoy every day.”

For more information, visit Griffin Farms of Helena on Facebook.

“To say it’s a dream come true would be an understatement,” Jamie said. “We are truly blessed beyond words. To see my kids doing the same things I did on this farm makes my heart full. And now a business that Amy started on a simple idea has truly turned into a business my grandparents would be extremely proud to say is on their farm. We try to share with others the life we are so blessed to live.” 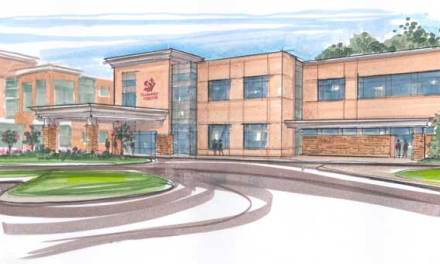 Staying fit at One Nineteen 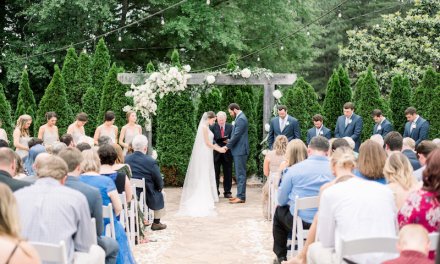 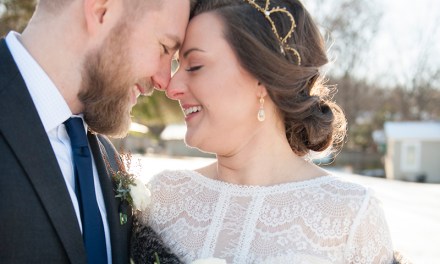