An infusion of taste

Oil and vinegar are two of the basic building blocks of countless recipes. Most cooks likely have several bottles of both in their homes. Yet so often, they’re afterthoughts, with cheap varieties picked up off supermarket shelves.

Cheryl Harper wants to change that.

While that may seem a narrow focus for a shop, Harper said most people don’t realize the variety of oils and vinegars available.

“Most olive oils in the grocery store are 12-18 months old and have been combined with lower quality oils, yet are still labeled as extra virgin olive oil. The oil is often of poor quality, chemically altered and simply tastes bad,” she said. “At Simply Infused, we harvest from both the Northern and Southern Hemispheres, thus we are able to offer the freshest oils in the world every six months. Our customers are overwhelmed and simply wowed at the taste of our oils and balsamics.”

Some choices offered include oils infused with blood orange, chipotle, Tuscan herbs, Persian lime and butter, as well as balsamic vinegars with flavors of dark chocolate, blackberry-ginger, pineapple, Vermont maple and even coconut. Oils are imported from locations such as Spain, Italy, Greece, Peru, Tunisia and California, Harper said.

“Customers can try as many pairings as they can imagine, representing extraordinary examples of unique quality and pairings impossible to duplicate in traditional supermarket brands,” she said.

She got the inspiration to open the shop after she and her daughter visited a tasting room in North Carolina in November 2012.

“We had so much fun and actually talked about opening our own olive oil shop the entire seven-hour drive home,” Harper said. “A 25-year career in corporate America had evolved into working 14-17 hour days, being on conference calls every day when driving my daughter to and from school, never having time to cook and enjoy a good quality meal with my daughter — and this is called success? I wanted to show her a different side of success — starting a small business, serving the community, working hard and seeing the direct benefits of your labor.”

Harper, who is also a Mt Laurel resident, opened the shop in mid-March 2015. Although the shop is only a couple of months old, she called the community response “pure delight.”

“Many of our customers were ordering olive oil from other states or simply obtaining ‘the good stuff’ from similar shops while on vacation. We are the only olive oil shop in Shelby County, bringing the freshest oils in the world to our community,” she said.

Harper posts recipes on the Simply Infused Facebook site weekly, and also works to educate customers on the health benefits of olive oil and balsamic vinegar. Olive oils contain antioxidants and have anti-inflammatory, antiseptic and antibiotic properties, while balsamic vinegars can help the body absorb minerals such as calcium and magnesium, she said.

She also plans to build out a kitchen and classroom setting in Simply Infused so the store can offer cooking seminars, as well as a space to offer private tastings and corporate gatherings.

“We are here to serve the community, so we will evolve to meet those needs,” she said.

Customers can sample the oils and vinegars at the shop, which is located at 11 Olmstead Street in Mt Laurel, just behind Area 41 Pizza. To find out more, call (205) 408-4231 or visit Facebook.com/SimplyInfusedofMtLaurel. 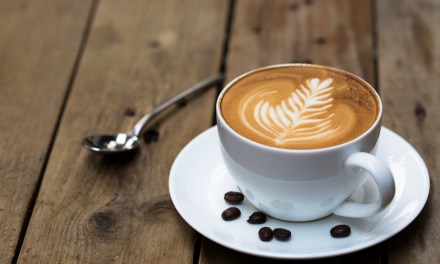 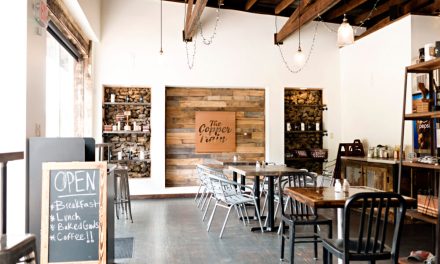 Snacks by the Tracks 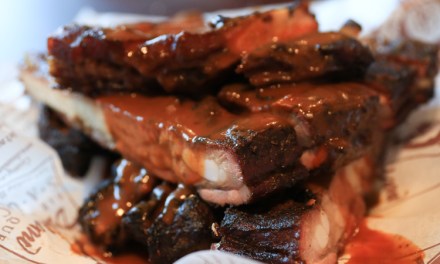