‘A fun place to come’

When James T. “Jimmy” Davis Sr. opened Davis Drug Company in 1956, he made sure a snack bar was part of his business.

“He always knew that this could bring in more customers, so he always had this,” Treadwell Davis III, his grandson, said of the snack bar, a well-known spot in downtown Columbiana.

Cooked-to-order hamburgers and cheeseburgers are popular menu items at the snack bar.

Made with fresh ground chuck, the hamburgers are cooked to order and can be dressed with cheese and a range of other toppings and condiments.

“My favorite thing to order is the cheeseburger,” Columbiana Assistant Fire Chief Jerry Lamb said. “I ask the ladies to make them messy. If the ketchup, mayo and mustard isn’t running down your arms when you’re finished, it’s not a good one.”

Lamb and his wife, Deanne, have frequented the snack bar for more than 30 years, usually coming in three to five times a week.

One of the couple’s favorite meals, which Jerry described as “very delicious and very filling,” is the lunch special: Hamburger steak with gravy, onions and mushrooms, served with baked potato salad, a garden salad and a drink.

Deanne, a lifelong Columbiana resident, remembers visiting the snack bar when she was growing up.

“It was like a soda fountain,” she said. “It was a fun place to come.”

The snack bar started in the front of the store, moved to the back and is currently in the front again, closest to the Main Street entrance.

“We remodeled and expanded the snack bar around 2000,” Treadwell said, noting the seating – a mixture of bar stools at the counter and diner-style tables – can now accommodate about 38 people, instead of 10 to 12.

The snack bar at Davis Drug in Columbiana has been a part of the business since 1956.

Braddock, dubbed “the queen of the snack bar,” not only flips more hamburgers and spins more milkshakes than she can count, but she knows repeat customers by name and when they normally come in, and calls them on the telephone if they don’t show up to make sure they are alright.

“Robbie, she’s something special,” 91-year-old Columbiana resident Jack Bentley said of Braddock as he ate his breakfast at the counter one morning.

Bentley said breakfast at the snack bar is part of his daily routine.

“Everybody passes through here,” Bentley said. “They’ve got good food.”

Conwill said the group has breakfast together most mornings.

“We have each other,” Oliver Head said. “There’s always something to talk about.”

“The people that own it are just like family,” Bentley said.

And that is precisely what Davis Drug Company is: A family-owned business nearing its 60-year anniversary.

Jim, 61, was 2 years old when his father opened Davis Drug and helped at the snack bar as a child.

“I was a ‘soda jerk,'” Jim said. “I did sundaes, ice cream cones, malts and banana splits.”

Jim said his father’s goal for the snack bar was “to make the best cheeseburger and milkshake.”

Jim said the pharmacy-soda fountain combination was a popular business model then, and for Davis Drug, still is today.

The business has expanded to include a gift shop.

“It’s hard to find a place like this where you can get the type of homegrown atmosphere,” Jerry said.

In addition to the famous burgers and shakes, the snack bar menu features a variety of sandwiches (turkey or ham, grilled cheese, pimento cheese), subs and wraps (Philly steak and cheese, fajita chicken) and salads and made-from-scratch desserts.

“You could come here for three weeks and not eat the same thing twice,” Braddock said.

But with items like the milkshakes, made with Bluebell ice cream, ordering the same thing twice is inevitable for some customers.

Columbiana resident Shane Armstrong said he has ordered 30 to 40 milkshakes for the nurses at Shelby Baptist Medical Center.

“The milkshakes are to die for,” he said.

Armstrong grew up in Columbiana and remembers coming to Davis Drug as early as age 6. 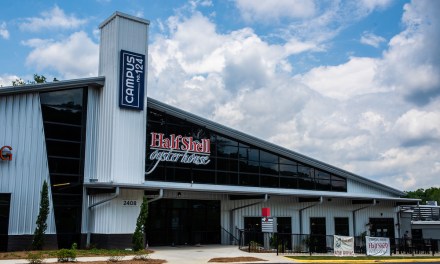 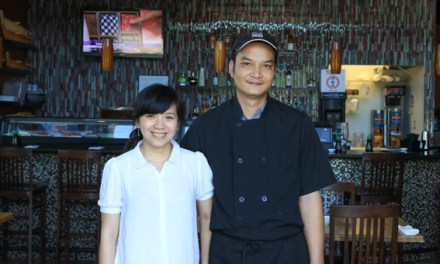 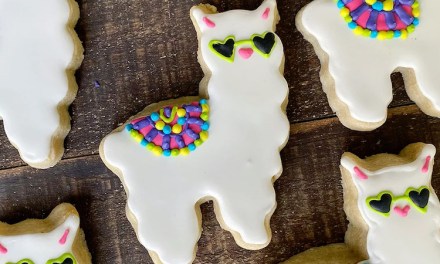