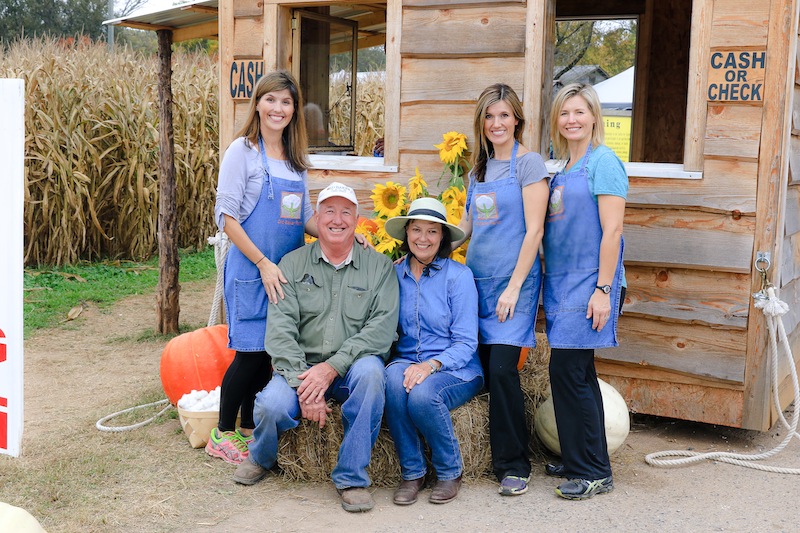 Old Baker Farm is ready for its annual fall festivities–and another opportunity to share its rich history with visitors.

An unmistakable glimmer shows in Jerry Baker’s eyes as he talks about his family’s farm, Old Baker Farm, in Harpersville. It’s undoubtedly the same glimmer local schoolchildren see when Baker leads them on farm tours, or when he helps a family cut down a Christmas tree they’ve chosen on a cold winter afternoon at the farm.

As another fall season arrives, Baker and his bunch are ready once again to welcome hundreds of visitors to the 300-acre farm they call home.

“We want it to grow to be a fun place that’s a blessing to (other families),” Baker says. “We try to improve it and make it better every year.”

Growth and continued support from visitors are what have helped the Bakers keep their gates open to the public. School tours take place at the farm from the last week of September to Veterans Day in November. Harvest hours for the public to visit the pumpkin patch are held each day from Sept. 30-Oct. 31. The annual Cotton Pickin’ Celebration is held the last weekend of October. Western Cowboy Day is held on a weekend in mid-October. Last but not least, the choose-and-cut Christmas tree farm is open the day after Thanksgiving until Christmas Eve.

The Bakers have run a pumpkin patch for 20 years. Throughout October, people can visit the farm during open hours on weekdays and weekends to pick pumpkins and enjoy food, arts and crafts, horseback and wagon rides and a petting farm. On Oct. 14, 9 a.m. to dark, and Oct. 15, 1 p.m. to dark, visitors can enjoy shootouts, western music, hay wagon rides, a hay mountain and the pumpkin patch as part of Western Cowboy Day. Fall harvest hours will culminate in the weekend-long Cotton Pickin’ Celebration, which will be held Oct. 28, 9 a.m.-5 p.m., and Oct. 29, 9 a.m.-5 p.m.

“Most food is done locally, like the barbecue and kettle corn,” Baker says of the fare available at the farm, most of which is prepared by his family. “Our food is fantastic.”

They also try to grow all of their pumpkins (between 20-25 acres were planted this year), even though the northern crop is difficult to grow in the South because of heat and humidity. “We’re blessed with cold water springs that help,” Baker says.

Old Baker Farm is a non-commercialized working farm that has a place in Shelby County’s history as far back as the 19th century. The land on which the farm sits was settled by pioneers between 1800-1814 and now includes 14 springs, two creeks, big woods, a 100-year-old barn, a 200-year-old house and “lots of living history,” Baker says, adding, “This area was called the dipper of the universe by Native Americans because of the springs.”

“We’re real farmers – we still farm, grow cotton and corn and have animals,” he says.

But farming isn’t easy, and during tough times for the industry, Old Baker Farm’s public attractions have propped it up and allowed the family to remain on the farm.

“It would be a shame for a farm like this to turn into something it’s not,” Baker says.

He estimates the farm is among the state’s oldest working farms. Old Baker Farm was one of just 12 farms featured in the USDA 2000 calendar titled “Millennium Celebration of Century Farms.” At the time, the Bakers created the Cotton Pickin’ Celebration as an event to mark this achievement.

Baker’s father, one of 14 children, lived on the farm until he died in 2010 at 101 years old. He plowed the land with a mule for 60 years before he bought a tractor.

Jerry and his wife, Pam, met at Vincent High School and married in 1971. They have three grown daughters (two of whom live in Harpersville) and 12 grandchildren. Pam is responsible for most of the farm’s bookkeeping, marketing and event personnel schedules, and she keeps the family fed with home-cooked meals each night. She is also the pianist at Old Chapel Methodist Church in Wilsonville, where Jerry is pastor.

Their Christian faith is the foundation of the farm. They even hold a church service on the Sunday morning of the Cotton Pickin’ Celebration for anyone who wants to attend.

“Our goal from the very beginning was to be something unique,” Jerry says. “We put God first in what we do, always.”

Are new things on the way at the farm? Yes, the Bakers say. Keeping people coming back for old traditions and helping them create new ones is all part of the fun.

“We want something you can’t find anywhere else,” Jerry says. “As people come and support us, we add more and more.” 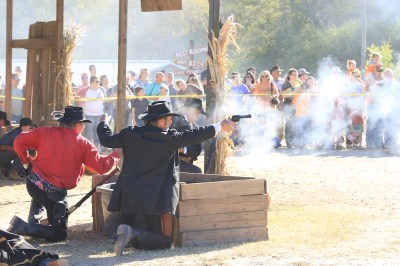 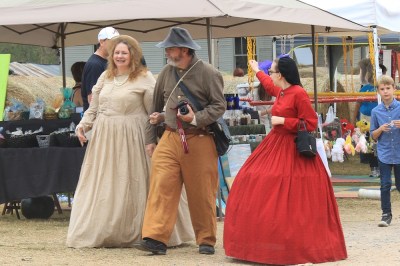 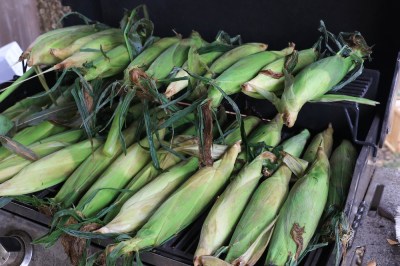 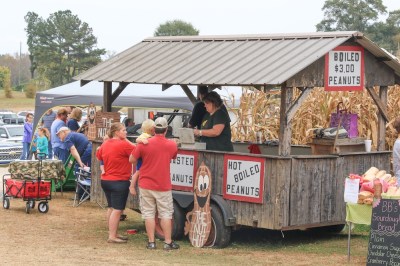 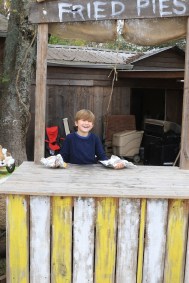 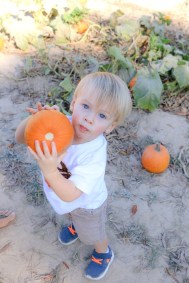 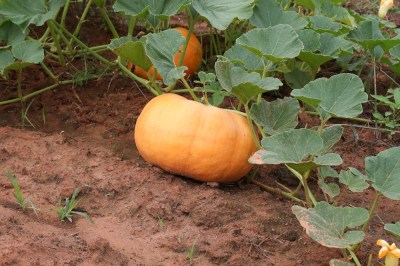 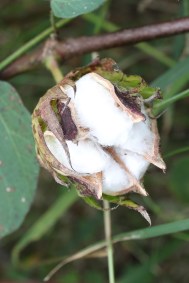 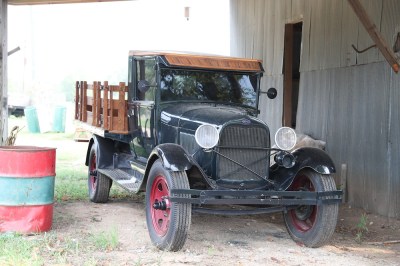 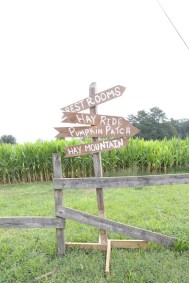 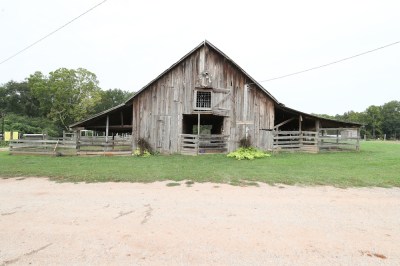 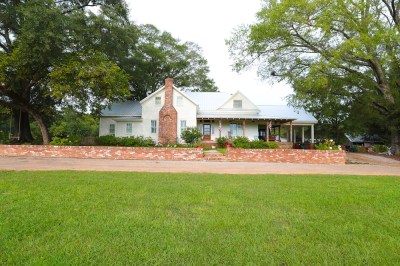 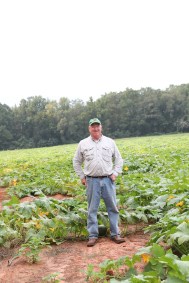 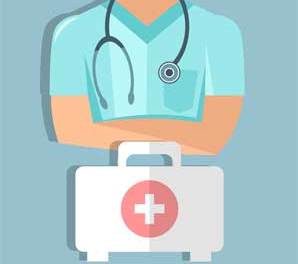 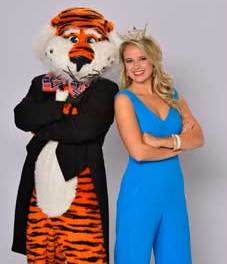 Why I love Shelby County-Susanna Bagwell 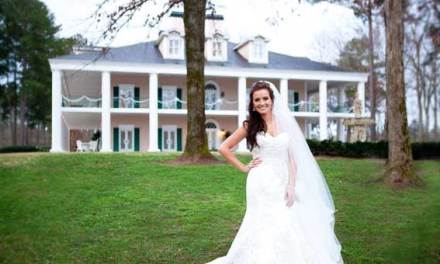